Getting Stuff Done and A Photo Jaunt

I awakened to pea soup fog. It was so thick you could cut it with a knife. But I went for my walk/run anyway, did my exercises, had breakfast, washed up and got onto today's project. The fog eventually went away.

The bugs were still on the nose of the RV from our trip south. I had thought we'd be at Goose Island or somewhere where we could wash it but when we stayed here, they say you can't wash your rig.

So, this morning I got out our Phab that I bought this summer at our dealer's to give it a try and it works like a charm. Full strength out of the bottle, spray it on the bugs and wipe them off. Great stuff! I'd highly recommend it. Here's a photo of the bottle. It used to be pink, now it's purple. Don't know why they changed the colour.

After that I washed windows, then found I didn't do a very good job on them. Oh well! I was hot and sweaty by then so had a shower and sat outside and read my book. While I was outside I called my sister to see what's going on in her life. We talked for about 45 minutes, everyone there is fine - just cold and really sick of the bus strike.

Gordon came out and suggested we do a bit of driving around so we drove around the area and took some photos, then back to my lawn chair. When we got back he had gone to take photos of the sandhill cranes down the road as they were out close to the road when we came by and he ran into the owner, Delmer who offered to take him out in the boat. They weren't out long when the sky turned dark so they came back. Looks like we might be in for a storm tonight. We're going to have some cooler temperatures tomorrow. 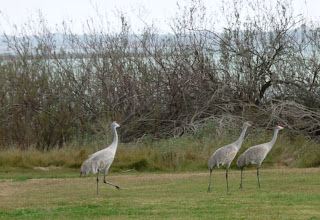 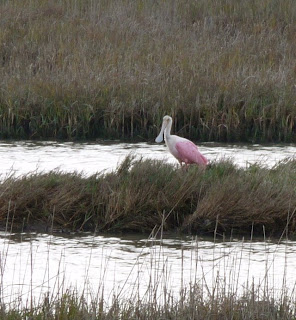 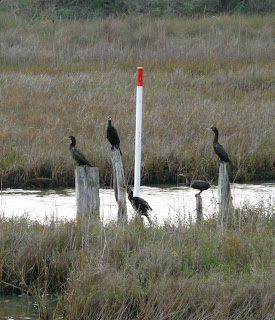 This is such a pretty house 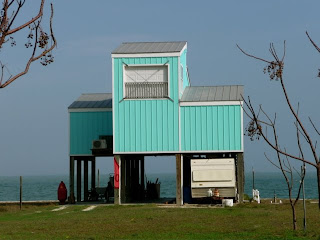 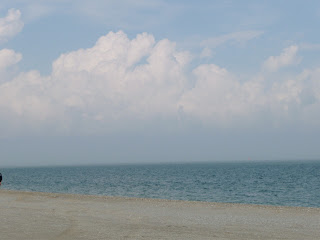 Gordon and Delmer go out on the lake 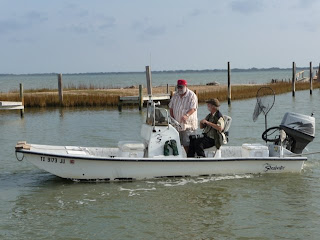 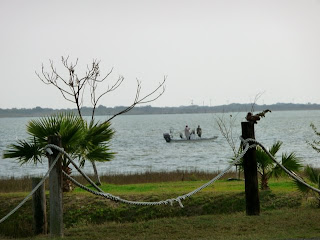 We had a really nice day with temperatures around 75F (24C) and very little wind. The last couple of nights have been pretty warm for sleeping, of course, I haven't taken the electric blanket off the bed 'cause I'd just get it off and have to put it back on and it's a good thing I didn't take it off as the temperature has dropped about 20 degrees in the last hour or so.

The trials and tribulations of full time RVing!
Posted by A couple of newer paintings 2019 at 4:14 pm