Cottage Weekend 2011-Two Birthdays and Another One Today!

This weekend was our annual (except for last year) trip to Pleasant Point near Lindsay, Ontario. Every year, Betty and Garth host a weekend for our family.

Just before we arrived it was announced that there was blue green algae in Sturgeon Lake and although it was at the other side of the lake no one wanted to take the chance of going in as it's nasty and toxic. Luckily Betty and Garth have ultra violet light on their water system so their water was safe although we didn't use any more than we had to and they always use bottled water for drinking. So that was a bummer for people who wanted to swim and canoe. Danica had wanted to swim across the lake but decided against that as well.

This year was very different from the last number of years because there was a baby in the family. The last baby was Danica, 23 years ago. Unfortunately a lot of the photos I took inside the cottage were very dark and some blurry so I don't have a lot to post.

We arrived late Friday afternoon, unpacked and Betty, Garth, Gordon and I went into Lindsay to Swiss Chalet for dinner. 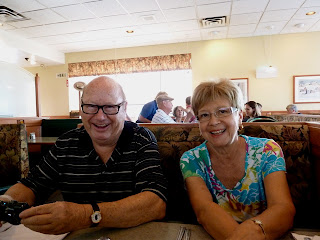 When we returned, Nick, Becky & Jack had arrived followed by Margie, John and Danica a while later.

Photos all about Jack! 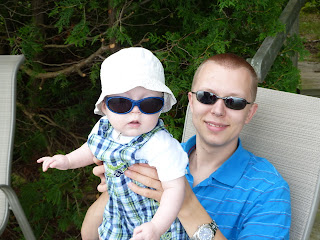 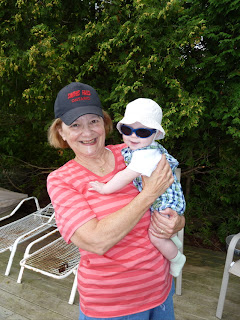 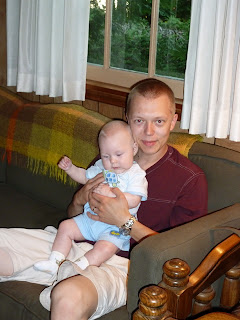 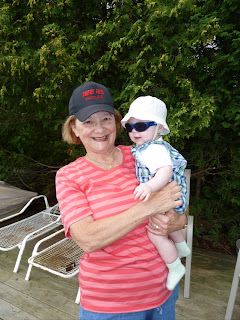 Saturday is a blur. We didn't do a lot and it seems most of the weekend revolves around food. You're either preparing it, eating it or cleaning up after it, it seems. Saturday evening, Betty and Garth always prepare a big dinner, this time it was steak, baked potato and corn except for me. I had steak and broccoli since corn no longer agrees with me and gives me pain for days. Two birthdays were celebrated, Margie's which is next week and Gordon's 65th in mid September. 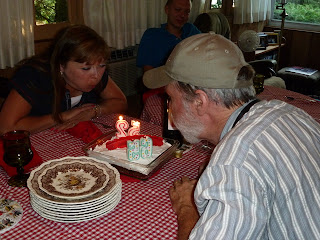 After dinner, Nick, Becky and Jack headed for home. It was too bad they weren't able to stay for the weekend as originally planned.

Anyway, Sunday came and packing ensued and after lunch we were on our way home arriving around 4:30 or so. We each got our own dinner and were in bed shortly after 7 p.m. Getting old is tiresome!

After tai chi this morning we accompanied our instructor to the former Rideau Regional Hospital. It was recently sold to Galipeau Construction, a local construction company and has been renamed the Gallipeau Centre. We're looking for a larger place for our tai chi and they have a huge gymnasium that would be ideal. Too bad it's out of town though.

This afternoon we had been invited by my cousin, Ethel to go to Broadview Manor where her family were having a get together for her mother, my aunt. She is my mother's youngest sister. 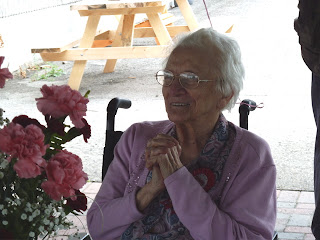 Little did I realize it was for Aunt Joyce's birthday. We stayed for a while and met Ethel's siblings and their spouses, some of whom I've seen at funerals but for the most part haven't seen them for years. It's always good to reconnect with family.
Posted by A couple of newer paintings 2019 at 7:44 pm 4 comments: