A Trip Down Memory Lane

We headed out this morning around 9:30 a.m. Below are some barns we saw along the way. 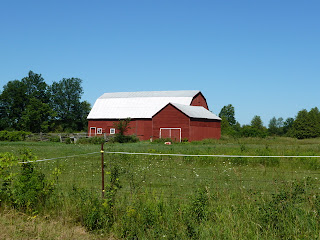 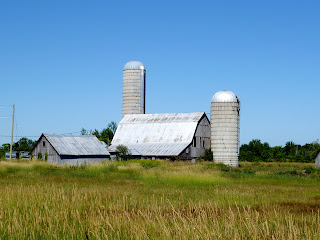 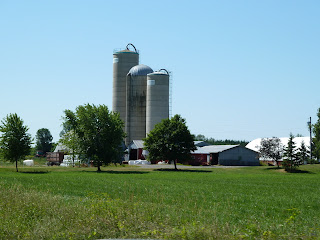 I was getting into familiar territory here. My younger sister went to school (photo above) here. It's now closed and being used for storage. 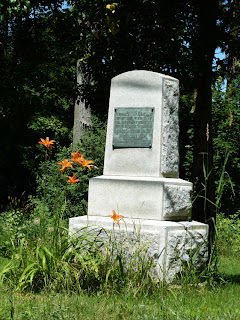 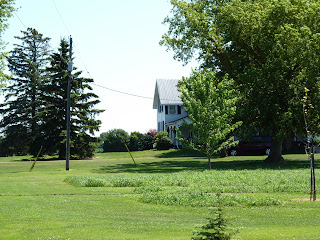 I spent a lot of time at the house shown above when I was in public school. My best friend, Carol lived there. 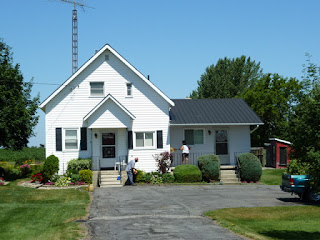 This used to be the one room schoolhouse (above) that I attended for 8 years. When it closed, it was purchased by my teacher's daughter, Sylvia and her husband and fixed up as a home. She still lives there, in fact, she's sweeping the porch as we drove by. 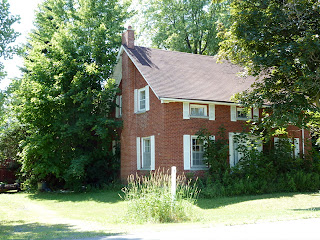 This is the house where I grew up and spent the first 17 years of my life. It's now in a state of disrepair. It was such a beautiful house! 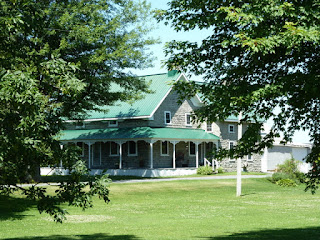 This is where my teacher, Mabel lived just west of our place. 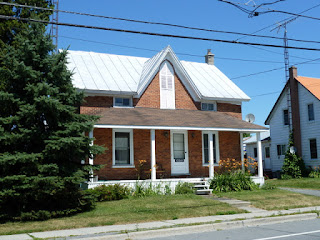 My grandmother's sister's house in Williamsburg. I spent a lot of time there too. 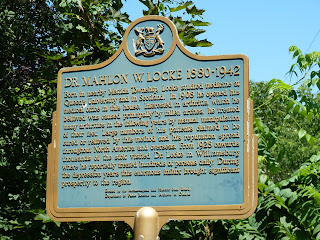 A plaque to Dr. Mahlon W. Locke in Williamsburg. Dr. Locke was known all over the world and people would come for foot manipulation. Williamsburg was the closest town to our farm.


This church is the one I attended while I lived at home.

On to Morrisburg where we had a picnic by the St. Lawrence River. 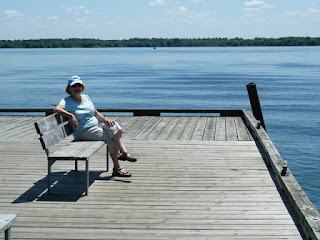 This is the closest I can get to the U.S. without going to jail. I'm sitting on the dock at Morrisburg and the trees across the river are at Waddington, NY. 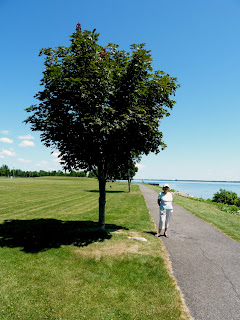 My sisters and I had this tree planted in memory of our Mom & Dad in 2002 after Mom passed away. There is also a plaque at the base of the tree. 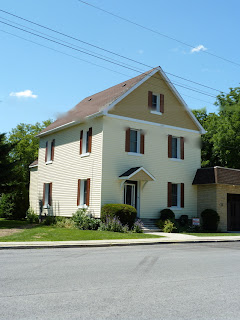 The house above is where I was born in Morrisburg. Although it has been a funeral home for years, when I was born it was a birthing home. It used to be brick.

This is where I went to high school, good old MHS (Morrisburg High School). It closed the year I graduated and students were bussed to Iroquois about 12 miles west of Morrisburg. 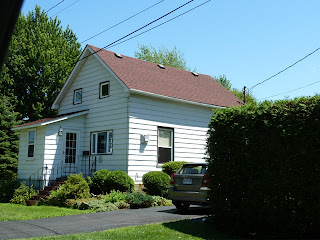 Mom and Dad lived here after they sold the farm. Mom lived here till about three months before she passed away. 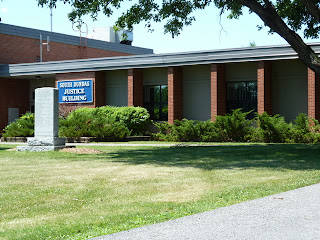 I used to work here for the Municipality of Morrisburg.

We stopped at the locks at Iroquois but there were no ships going through so no photos were taken. The lock there is so much bigger than the ones here as they are for freighters whereas ours here are mostly pleasure boats.


This is the site of The Battle of the Windmill.

From Prescott, we traveled to Brockville and then home. It was a long day but fun and we had beautiful weather for it.
Posted by A couple of newer paintings 2019 at 7:46 pm 5 comments:

On Sunday since it was such a nice day and we had gotten some of our work done (painting) we decided to go in search of the white faced ibis. I found out about it from a local birder's blog that I follow. So off we went to the town of Carp, Ontario. Unfortunately we didn't find any white faced ibis (photo below from Bruce's blog) but we had a nice drive and had a few photo ops.


Yesterday when I was out looking around I went upstairs at Vickie's, a local ladies' wear store as I learned (from Facebook) that she was selling used furniture there. When I got to the head of the stairs, I saw it! The corner cabinet I've been looking for so today I took Gordon over to see it and he liked it too. It was small enough to fit in the back of the Squirt so it came home with us. I don't have it entirely set up yet, that will come. 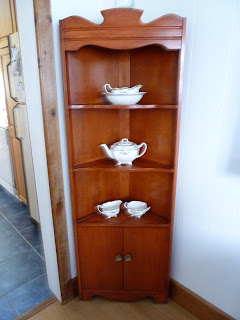 It fits into the small corner by the kitchen perfectly. I wanted to display my Grandmother's china.
Posted by A couple of newer paintings 2019 at 7:20 pm 6 comments: