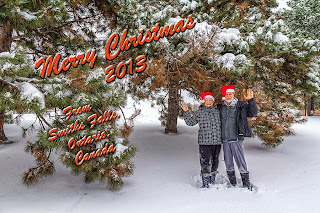 What do you think?

I belong to several Facebook groups here in town and I want to put a question out to people so I thought this might be a way to do it. I know a lot of you no longer live in one town but I'm sure you have an opinion anyway.

In these groups we get lots of complaints that there's nothing for kids or adults for that matter to do in this town. Do you feel that it's up to a town to provide entertainment for kids, teens & adults? Any opinions? Looking forward to hearing lots of opinions.
Posted by A couple of newer paintings 2019 at 9:31 am 4 comments:

The Long Awaited Trip to the U.S.

I haven't been keeping the blog up but thought some might like to know how my first border crossing went.

We left home on Thursday and drove to Niagara Falls, Ontario and spent the night. We enjoyed seeing the Falls after such a long time and even went up in the Skylon Tower. I usually avoid anything with heights but it didn't really bother me. We were both nervous about Friday's border crossing so we probably didn't enjoy being at Niagara Falls as much as we normally would but it was great to see the Falls again!


Friday morning we were very nervous. My lawyer had indicated that we would be crossing about 9 a.m. With the waiting time at the border it was about 9:15. The border agent (in the booth) was a bit on the obnoxious side but he sent us inside to see the immigration agent. We were aware that we would have to do this. Mr. Brunelle (the immigration agent) was very nice, professional and polite and indicated that this type of problem was not meant for Canadians. I was lucky my lawyer had emailed me all the documentation which I had printed off and taken with us as although he had faxed the documents to the border crossing they didn't seem to be aware of them. One look at my documentation and the name on the letterhead and Mr. Brunelle indicated that my immigration lawyer was one of the best and does things right. It took about 3/4 of an hour to process the paperwork and send appropriate emails to parties involved and to straighten things out for me for future border crossings.

By about 10:15 a.m. we were on our way to Cincinnati! It was a long, tiring drive with lots of traffic especially going through Columbus. It was after 6 p.m. when we arrived at Gordon's sister's house.
Carol had dinner ready for us and had made sure that we could eat everything that she made.

Sunday was the Wolford Family Reunion. On our way there we stopped at Ian and Tracy's to see them and the kids, three of which we had never seen. There were a lot of people at the reunion, most of which I had no clue who they were.


The Wolford reunion was a great success. It was quite overwhelming with so many people that I didn't know but I managed to meet a few new relatives.

From the reunion we made our way to Columbus to spend some time with Michelle and her family. Faith was at camp and I'm afraid my camera hardly came out while in Columbus. The photos I did take while we were at a little falls in the city turned out blurry.

We're both so glad that we can now travel to the U.S. when we want to and no, we aren't going to start RVing again.
Posted by A couple of newer paintings 2019 at 10:04 am 5 comments:

Link to The Day From Hell

For those of you that don't know the saga of how all this happened, click here.
Posted by A couple of newer paintings 2019 at 8:23 am No comments:

After over three years my immigration status in the U.S. has been resolved in my favour. Below is the message I received from my immigration lawyer this afternoon.


"Just received order reopening and terminating your case with prejudice to the Department. Congratulations!!! You won!!!"

And this is what he posted on Facebook to the general public.

"Just received order from immigration court in Cleveland, Ohio reopening and terminating deportation proceedings on behalf of one of the most patient, understanding, and deserving clients that I have ever represented. So happy to FINALLY get this result. #VICTORY"

There is still some paperwork to be done but at least I'm free to cross the border again. We definitely won't be going any time soon though.