July is Nearly Over!

Saturday July 21st Lions Club Steel Band in the park at Smiths Falls. Every Saturday in the summer they have a different band. This one was pretty good and it was good to hear a steel band again although I was disappointed they didn't play Yellow Bird. We used to hear steel bands all the time on our Caribbean cruises. All musicians were under 18 years of age.

On Wednesday we had two birthdays in the family. Gordon's sister Carol in Cincinnati and my Aunt Ruth who is in Brockville. We decided to go and see Aunt Ruth since it was her 90th birthday. While I'm glad we did it wasn't a pleasant experience. It's so hard to see people you love go through dementia.


Friday night we took a drive through Murphy's Point Provincial Park and then back through Narrows Locks. I thought we might see some deer but the only thing we saw was a partridge, so no photos, nothing new there.

Since we moved in to this house we have had a problem with an infestation of box elder bugs apparently from the Manitoba maple tree in our yard. This Manitoba maple is also responsible for our sewer problems that we recently had corrected. Last week someone came from Hydro One and said that the tree had to be cut back as it's infringing on the electrical wires. At the time we said to do a good trim but I think we'll get in touch and have them cut it down. The man said they would do that if we wanted. I will be sorry to see it go. No more long lazy afternoons on the swing under the tree. Out in the hot sun won't be fun but those bugs are really annoying! Gordon is outside about once every hour during the day spraying them with sunlight soap and water and while it does kill them, those suckers breed worse than rabbits!

I finally got all my new curtains for the dining room this week so the old blue ones came down. 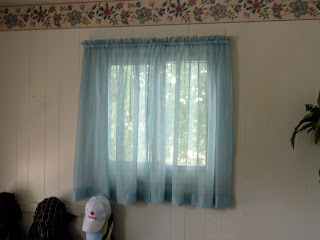 And my new 'granny' curtains went up. They remind me of something you'd see in a grandmother's house but we both like them and we both really hated the blue ones. 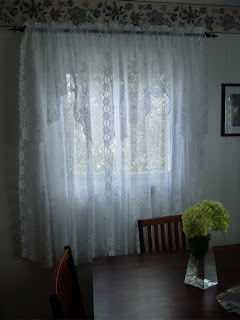 This past Saturday we went to see another band in the park called Vine Rhymes. They had a little bit of country, folk, blues and even poetry reading. 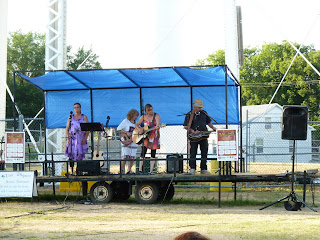 Today was the annual Rolling Thunder Car Show. Smiths Falls has the best car show we've been to, bar none! It was pretty hot this morning but we managed to hang in long enough to walk around and see them all. The photos are just ones that caught my eye. I didn't really have a favourite this year. 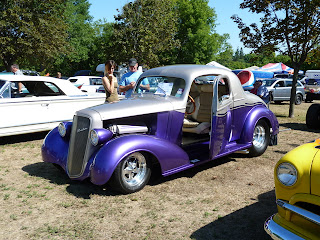 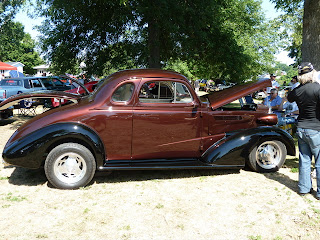 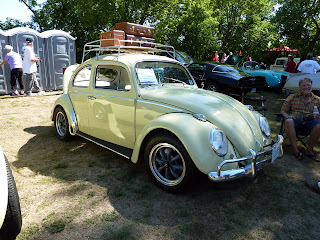 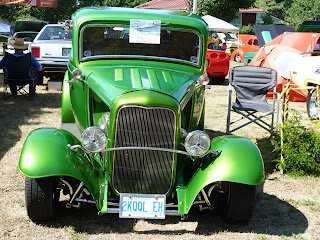 While we were in the park there were two adult osprey in the nest with 2 young ones. When we came toward the nest they flew away trying to get us away from the nest. In the photo below one of the adults is just landing back in the nest. 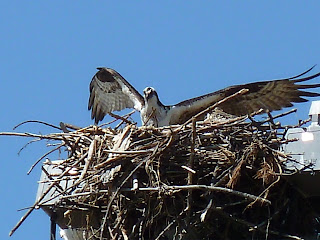