It's Not a Very Nice Christmas Eve Eve's Day

It was mostly cloudy, 59F (15C) and very windy this morning. I walked to anyway. It was tough walking against the wind but I got pushed all the way home There weren’t any birds sitting on the fishing piers or the rocks because of the wind. The herons tend to stay crouched down somewhere out of the wind. The pelicans and seagulls were flying around though and I did see one dolphin but couldn’t get a photo of him.

I forgot to mention that last night we went to the south jetty for sunset. It wasn’t a great sunset but there were some nice clouds over the Gulf. My pictures today are ones I took last night at the jetty. 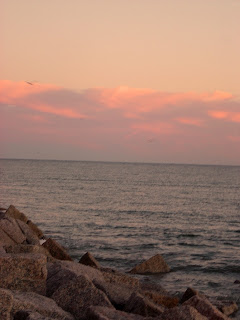 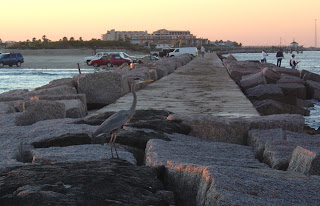 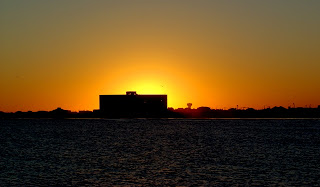 The sun sets behind a condo at the beach 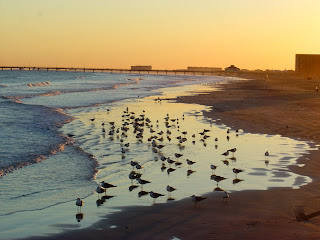 The birds gather at sunset

Today was very, very windy and the high only got to 61F (16C). We also got some rain. We stayed in all day and vegged. The highs for the next couple of days will barely make it into the 60s F.

Gordon has posted our cyber Christmas card on his web page here. 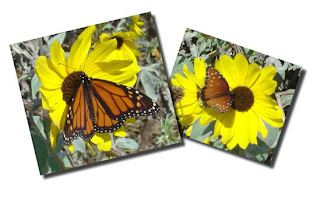 That's a Monarch on the left and a Queen on the right both on our sunflower plant right behind our rig.

My blog hit the 10,000 mark long before the end of the year. Thanks to everyone. Now if I could just get some comments.....

It was substantially cooler this morning – 54F (12C) but it was bright and sunny with a good stiff breeze. I elected not to go down by the water as it would be colder with the wind and walked around town instead.

I went out to the post office and the IGA this morning and drove around town a bit, then came home and sat outside in the sun. Although the sun was bright, the wind was cool and our high only reached 65F (18C).

This morning I had met Diane (from Madoc, Ontario) when I was out and she wanted to get some ladies together to go carolling around the park tonight. However, only she and I showed up so instead we went for a walk and then sat outside their rig and chatted for a while.
Posted by A couple of newer paintings 2019 at 4:15 pm 1 comment:

We Stayed at Home Today 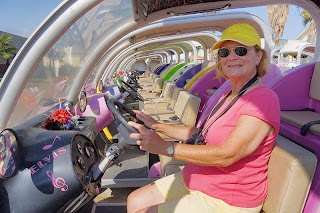 A cold front came in last night so I was surprised when I got up this morning to see that the temperature was 64F (17C) but cloudy. I went on my usual walk to but it was fairly windy so the birds were sitting low and in different places than usual.

The day remained cloudy and we had rain off and on. The temperature got to about 67F (19C) before dropping in the early afternoon. We spent the day indoors, reading and napping. I went up to the office and signed us up for the Christmas Day potluck. Not a lot of people have signed up so hope it will be a success. There’s apparently another one going on at the local community centre where some of the park residents go to take tai chi and do crafts etc. so that may eat away at our attendance. Also some people have gone elsewhere to be with family. It sure won’t be as well attended as the last two years when we were at larger RV parks.

Other than making stew and cornbread today, that’s it for me!

Back to Rockport and Goose Island State Park 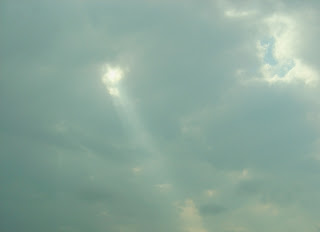 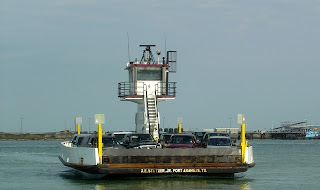 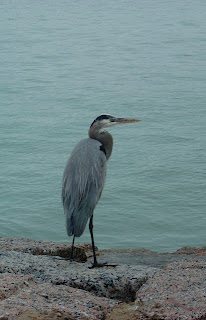 I see this handsome fellow almost daily at Roberts Point Park and each day I take a picture of him. Who knows why? I can't help myself.

We had some wind for a while overnight but by the time I got up this morning it was gone as was the fog leaving cloudy conditions but 66F(19C).

My goal a couple of months ago was to reach 10,000 hits on my blog by the end of this year and it looks like I will reach that goal before that time as when I checked today I was at 9913.

Later this morning the sun came out and it was probably out all day here at Port Aransas but we decided to head over to the mainland. The pots and pans I’ve had were very cheap. I had bought them when we got our old Class C and they badly needed to be replaced so we headed to Rockport. Our first stop was . I was talking to a woman in the laundry room yesterday and she told me that starts filling up after Christmas so it would be best if we made a reservation so we made reservations for a two week stay after we leave here, then Gordon dropped me at Walmart where I purchased my pots & pans and a few other items. While I was shopping he was out photographing birds along the waterfront. We made another stop at the Dollar Tree at before crossing back to Port Aransas on the ferry. 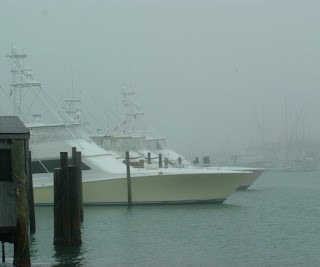 Some really nice yachts in the fog! 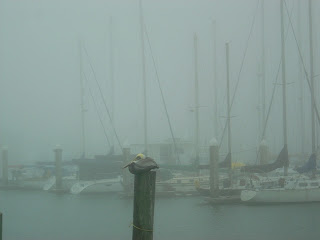 A couple of pole sitters at the marina

It was very foggy this morning but 65F (18C) so I walked to . While I was walking along the water I had to keep cleaning my glasses as the mist from the water and the humidity were causing them to get wet. There was also quite a breeze blowing. When I got back, my hair was wet too.

When I came home Gordon suggested we go out for breakfast so we walked just behind our RV to the Whataburger and had bacon and eggs, home fries and a biscuit with free coffee (for seniors). Their coffee was good and the breakfast wasn’t bad. We’ve had worse. Below is a history of the chain taken from Wikipedia.

Whataburger is a privately held, regional fast-food restaurant specializing in hamburgers. The company, established by Harmon Dobson opened its first restaurant in Corpus Christi, Texas on August 8, 1950. By 1960 the chain had grown to 17 locations in , and . Today, Whataburger, Inc. is still owned and operated by the Dobson family and has over 600 locations in 10 states and in Mexico. The corporate headquarters are in .

Whataburger was known for its distinctive A-Framed, orange and white striped roofed buildings (newer buildings are built similar to other fast-food chains, though the roof is built in the orange-and-white triangular shape). Most Whataburger restaurants are open 24 hours, unlike most other competitors Whataburger's breakfast menu is served from 11:00 PM through 11:00 AM each day, a wider window than most other fast-food restaurants, and all regular menu items are still available during breakfast service.

When we got back to the RV we spent some time on the internet then decided to go out for a drive to see what we could see. With it still being very foggy we couldn’t see much but drove around town and along the city beach and found a few other RV parks. We still like the one we’re at now though. It’s very central and you can walk to lots of things. We also stopped at the store with the shark and I bought a Port Aransas hat in black identical to the one Gordon bought yesterday although his is gray.

It was still foggy when we headed back to the rig. It burned off in the afternoon but it remained cloudy all day with some rain.

I also decided since it was not a really nice day to get the laundry done so that’s overwith for another week or so. 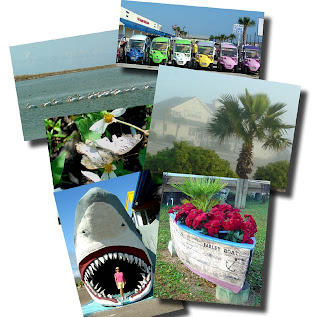 The photo at the top is of the cute little electric buggies. They are all colours but are very expensive starting at $20 for ½ hour going up to $125.00 per day plus contract and cleaning fees and sales tax. I don’t think I’ve seen any around town yet and from the prices I know why. The name of the company is “Nautical Wheelers”. The next photo is of the pelicans swimming in pelican formation. Then of a butterfly that I haven't identified yet. The next photo is one I took in the fog this morning of a pretty little palm tree in front of one of the harbourfront restaurants. The photo of me standing in the shark’s mouth is at a local beach souvenir type store called ‘Destinations’. It’s a very big shark! The next photo is a cute little boat outside the local newspaper office where I also saw a cute black and white kitty waiting for someone to come to work to give it some attention.

We had another foggy morning but it was 65F (18C). I walked around town and it was only when I was on my way home that I realized my camera card was in my computer and not in my camera. Luckily I had another smaller card with me so although I took photos of my walk, I don’t have the photos to show for it. By 9:00 a.m. the fog had burned off and it turned into a hot, humid day. So far the humidity down here hasn’t bothered me the way it does at home in Ontario in the summer. It’s kind of like in the islands, there is enough breeze so that it doesn’t seem so humid. We are, after all, located on a little spit of land in the Gulf of Mexico.

Gordon had located another birding place that we hadn’t been too so late this morning we went there after stopping at one of the stores behind us where he got a Port Aransas baseball cap to add to his growing collection. There were some birds there but too far away for photographing. I could see them with my binoculars. After that we took some photos around town as you will see above and then we stopped again at the Leonabelle Turnbull Birding Centre where we saw lots of birds but again they are quite far away for my camera.

Our high today was 77F (25C) and it remained sunny all day even though there was cloudiness in the forecast. We may not be so lucky tomorrow however.

After sitting outside and reading for a while this afternoon, I took the truck and went out and checked out some more stores and stopped and picked up some groceries at the local IGA. It really is quite a nice grocery store for such a small town.

Nothing else is on tap for today, just dinner and TV! 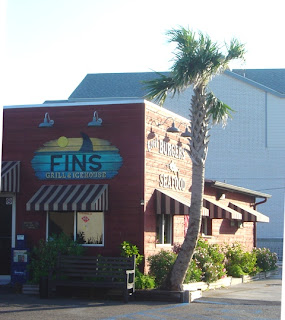 This is the restaurant where we had lunch this week 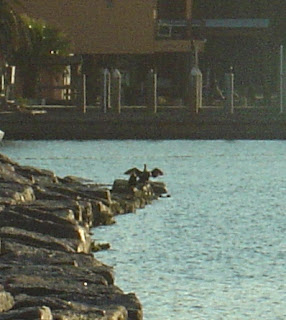 Cormorant drying its wings on the jetty 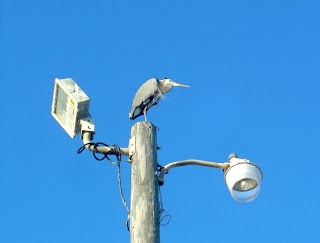 Heron sitting on a light pole 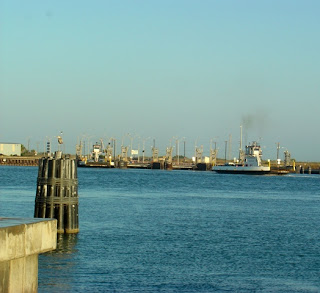 It was another bright and sunny morning with clear blue skies and 66F (19C) when I set out for my walk to and the .

When I got back I made my refried beans for tonight’s potluck and sat outside and read while they were cooking.

This afternoon we took a drive to the beach for a while. There were some surfers and swimmers out. The surfers were in wetsuits but the swimmers weren’t. Methinks it was pretty cold in the water! The sun and waves were beautiful though.

Tonight we went to the potluck and sat with people from , and . This is a fairly small RV park so it wasn’t as good as some we’ve been too but we had enough to eat. Now we’re settled in letting our food digest.