I had another nice walk today. The snow is gone from the Trans Canada Trail and it's fairly dry so I took that route this morning. I see more birds if I stick to the city but it was a nice change.

Later this morning we headed over to Leon's Furniture and bought our washer and dryer and our 42 inch TV. We wound up buying a mattress and box spring and a bed frame and our bedroom set. We decided to go with a lighter colour as the room itself is pretty dark.

This is the bedroom set (without the bed linens) and the extra dresser and night table to the right. 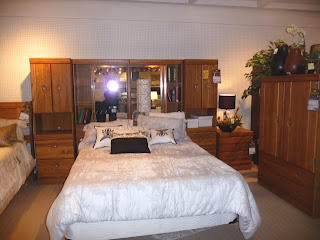 I would really like to have a swing for my yard. 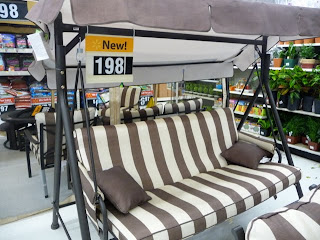 I saw this one the other day. It's long enough to lay down on. I'd love that!

I'm afraid not much has been going on the last couple of days. I looked around at various things at the House & Home store on Thursday but didn't see anything exciting.

Today we went looking for mattresses. Talk about ho hum! We haven't bought a new mattress since 1993 as the RV came with one so it's a new experience and I'm finding them very expensive. However it's something we need for sure.

I've gone on a nice walk every morning, in fact, I saw my first robin of this spring this morning.
Posted by A couple of newer paintings 2019 at 6:31 pm 3 comments:

Happy St. Patrick's Day to all those Irish folks out there and even if you're not Irish!

This is Wolford Chapel. I mentioned it in this morning's blog. For those of you that don't know, Gordon's last name is Wolford. We saw a chapel in England when we were over that was named Wolford Chapel as well. The Wolford name isn't that common in these parts. It's a very pretty little chapel. 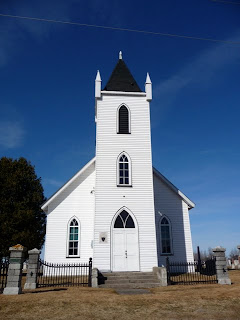 The campground that is in the town of Smiths Falls is just across the canal. 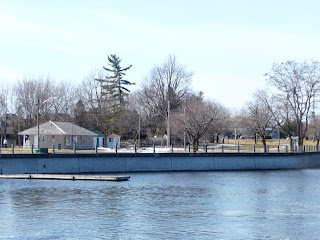 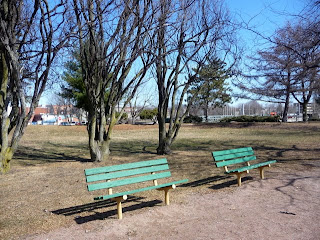 Ice floating in the canal 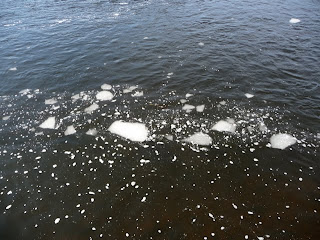 This morning we went out furniture shopping again. We bought the coffee table below. It was on sale! 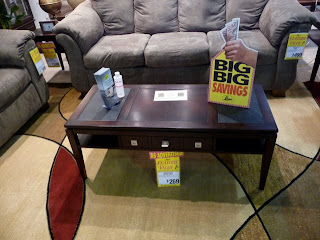 We also bought this fireplace/TV stand. The fireplace is huge and the glass is rounded so it's very attractive. 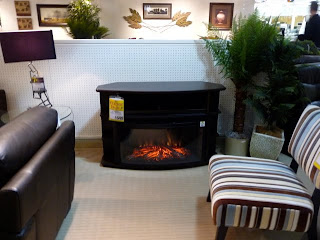 We decided we didn't want the higher dining room table so I think this is the one we'll get. There's no leaves but that's ok. 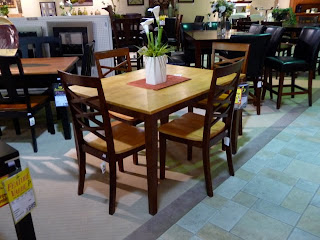 The house is now officially ours and our closing date is May 14th.
Posted by A couple of newer paintings 2019 at 3:52 pm 4 comments:

On the way to Smiths Falls yesterday, we drove to see Wolford Chapel which is just outside Smiths Falls. It's a pretty little church, well kept, but doesn't appear to be used right now. I'll try to remember to post a photo later as we're getting ready to get out of the house. It's Wednesday and the house cleaner is due to arrive shortly.

We had the house inspection today. The inspector was very thorough and great at answering questions. He went over any problems while he was going through the house, then went over all of them again. He printed up his report while there and we were able to bring it home with us.

We ran into a few problems, nothing really significant (in my husband's opinion). After all the house was built circa 1945 so you have to expect some things I guess. I thought the list was long but Gordon felt that it was manageable and since most of the problems will be his responsibility with me doing the nagging, I guess that's ok, LOL. The rear part of the house was roofed in 2001 but the front and the garage need to be done probably before winter so we're still in negotiations with the seller about the roof. There were shingles in the garage and we were going to accept that and we would pay to have the labour done. Turns out there are only some shingles for the house, the rest are for the seller's hunting camp.

So we're still in limbo but hopefully we can come to a resolution.

The sellers want the closing to be May 15th as that is the earliest they can get into the rental that they found. Bummer! But it will hopefully give us some time to get into the RV and get it ready for sale. Anyone want a nice Titanium 5er built in Ontario?
Posted by A couple of newer paintings 2019 at 9:12 pm No comments:

I didn't post on Sunday as I didn't do anything all day but read and nap.

Nancy's house was being inspected today so I cleaned our area up a bit this morning and then we took Max with us as he's not supposed to be in the house for the inspection.

It was a nice sunny day 15C (59F). We took Max to Bruce Pit which is the local dog park. It was pretty wet and muddy and still some snow and ice around but he had a good time. We then came back to Kanata and walked around the park close to the house. We were walking around without coats today it was so beautiful outside. It sure was nice! I really hate coats and boots! We dropped Max at the dog walkers for 4:30 so he could go for another walk. He should be a tired puppy dog tonight! 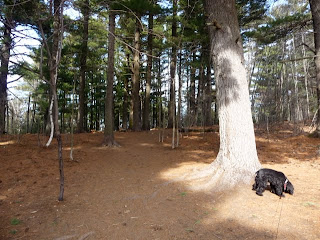 This tree is almost split in half. Must have been hit by lightning. 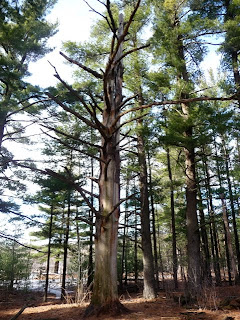 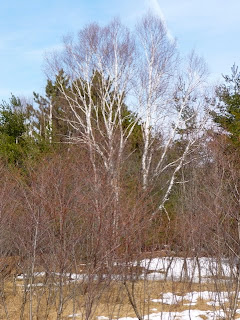 Max loves to roll in the snow 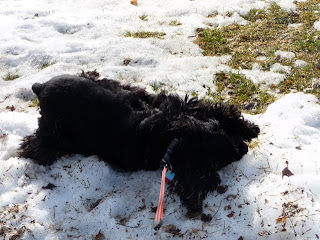 Grassy area for dogs to play off leash 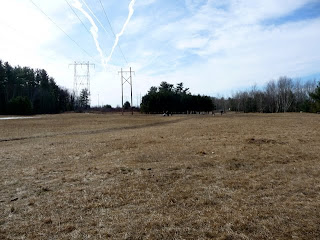 Nancy's house passed inspection and now is officially sold. The inspection on her house that she's buying is tomorrow so I hope it goes as well. Our inspection of our house is also tomorrow. Busy, busy!
Posted by A couple of newer paintings 2019 at 1:53 pm 2 comments: