Yesterday we blew the proverbial wad and went in to Ottawa to Gordon's friend, Leroy's house (he's an apple value added retailer) where I picked up my new 13" MacBook pro laptop (no retina display) and my new ipad (not the mini). The photos below I took off the web but my new menagerie of computers look just like it, well, except for the picture on the MacBook. 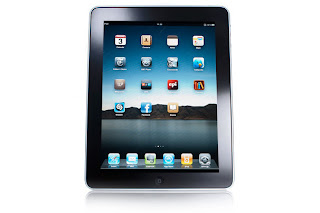 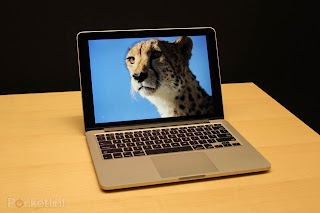 We spent nearly 3 hours with Leroy as he set both of the computers up for me. I can't believe I'm as good with getting them set up as I am. I remember years ago when I worked at Nortel having to get the IT guys to come and help with the simplest of problems. Mind you Nortel had a huge network which complicated things. Last night I got a bunch of things set up including Java so that I could access the RV-Dreams chatroom. I don't use it every night the way I used to but it's nice to go in and have a chat with the RVers. They were a part of my life for five years.

This morning Gordon did some backing up and I transferred files from my old MacBook (anyone want a 5 1/2 year old MacBook laptop). I got my ipod nano working, got the printer set up, got Adobe Flash installed and now I'm pretty much set!

We've decided that with our food problems we won't be doing any more traveling so decided to spend our 'travel' money on new toys. Gordon gets his new system in a week or so. I'll let him tell you about it then.

In the meantime, I've started a new blog where my plan is to take a Photo A Day. There might be some boring ones and ones with a lot of white in them (coming soon) but it will be what it will be! For anyone interested, click here.
Posted by A couple of newer paintings 2019 at 2:20 pm 1 comment: