Congratulations to the family!

Who would have thought that I'd be posting again so soon. We have news! Grandchild #9 arrived today. Max weighed in at 9 lb 7 oz and that's about all the details I have right now. Here are a couple of photos thanks to his Daddy and his Aunt Kelly. 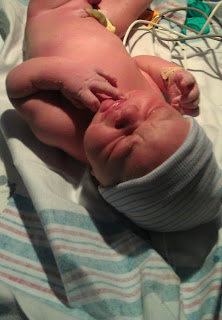 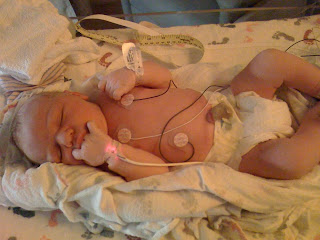 I know I've been lax in blogging but since I'm getting really tired of seeing those hearts pulsating at me every time I open my blog, I thought I'd better get something new up there.

Not much has happened here in the past month and a bit but such is life in Sensational Smiths Falls!

On February 21st I went to see a nutritionist. She did another food sensitivity test and found that I have sensitivities to many more foods than originally thought. On the positive side I was able to reintroduce a couple of foods back into my diet on an occasional basis that I was sensitive to back in 2009. However, I am now on a four day rotation with turkey, chicken, salmon and tuna (ugh!). I'm getting to really hate tuna and I am substituting other fish for it at least for a while. The good news is there's quite a variety of vegetables that I can eat. The diagnosis along with food sensitivities is candida and leaky gut syndrome. I know that doesn't sound nice and it's not but it is apparently what has caused the food problems so now I have to pay the piper and try to get the leaky gut healed. Once you have candida, it doesn't go away but can be controlled to a degree. So I feel generally unwell but am hoping that I will feel better as time goes on.

We have gone out for a couple of drives and had to make a trip to Ottawa this week to take our income tax to our financial advisor's office. They do it for free for clients. We have been with Canada Retirement for quite a few years now and are happy with them.

While in Ottawa we stopped by a few of our favourite birding spots. This little black chipmunk was right beside me while I was sitting on a rock. I thought it was a baby squirrel but one of the photographers said it was a chipmunk and it's been around for a year or more. I didn't even know there were black chipmunks. He was really cute! 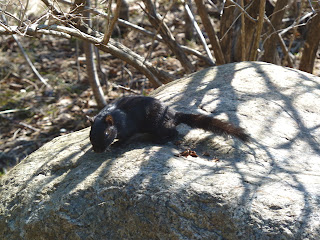 Although we've had record setting hot temperatures for the past few days, the ice is still on the Ottawa River but is receding. Here's the little lighthouse at Andrew Hayden Park. 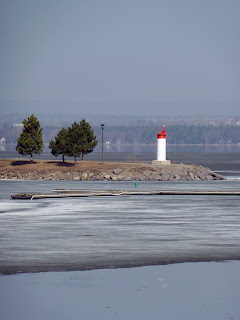 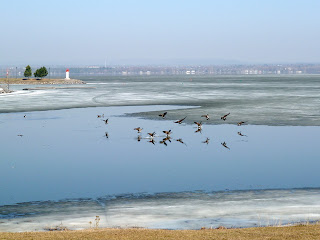 There were also severeal Bufflehead ducks on the river but every time I went to take a photo, they'd dive so I was lucky I managed this one although it's not quite in focus. 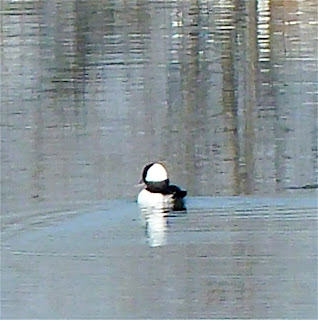 And, of course, I had to take a photo of this guy looking right at me. 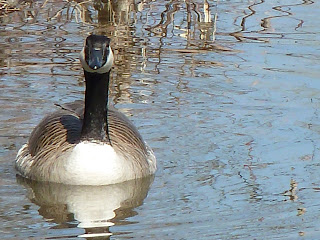 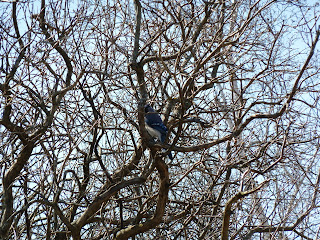 and woodpeckers, I think this one is a Hairy. He was pretty big. 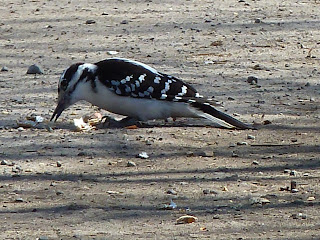 It's been a quiet, fairly warm winter for us. We didn't get a lot of snow but we did have some and I'm not sure we won't get more as temperatures are supposed to turn more seasonal this weekend.

So that's it for me, Gordon has posted a few times recently. If you're interested, click here.
Posted by A couple of newer paintings 2019 at 10:16 am 3 comments: