Didn't do much yesterday but last night my sister and her husband had Easter dinner at her house. Her son, Nick was working all weekend so Thursday worked out better for them and we're retired so it doesn't matter. As usual, the dinner was excellent! 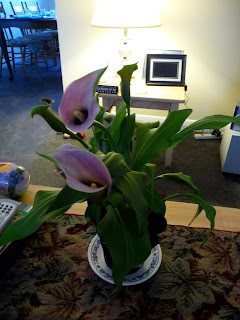 Today we took a load of stuff to our locker then went to Walmart to see if we could get our chairs but they didn't have them in Smiths Falls. They expect a shipment shortly but not sure when because of the holiday weekend.

From there we headed south and west again to explore more side roads. The area is the Frontenac Axis of the Canadian Shield. Very pretty! This area is packed with beautiful lakes and is called the Land O' Lakes region. 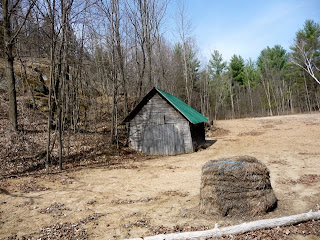 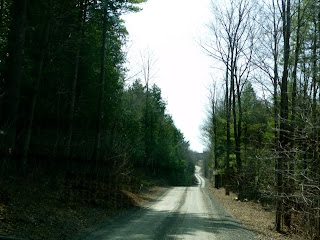 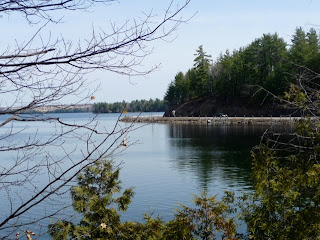 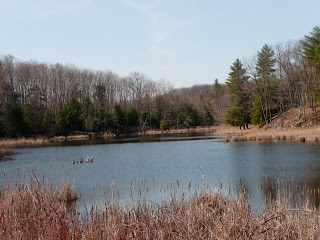 It was a beautiful day and actually hit 27C (81F) with lots of sunshine!

On our way back we stopped at the RV to pick up some lighter clothes and Dave and Shonagh were there so we got settled up to keep the RV there this summer till it's sold so that's one thing out of the way. Now to get it ready for sale!
Posted by A couple of newer paintings 2019 at 5:52 pm 4 comments:

It said on the news today that this is the first March since they started keeping records that we had no snow in Ottawa. They also said that the Chief Meteorologist said that he would bet $100 that we will have more snow in April. It's been so nice that trees are starting to bud. 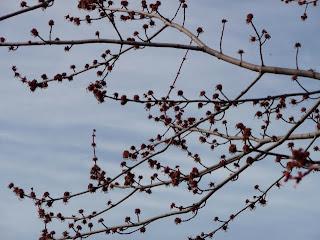 Penny asked the other night in comments why we weren't moving into our house sooner. I wish we were. We had requested the end of April but the sellers needed extra time to find a place. There was talk of them wanting the end of May but we told our realtor that May 14th was the latest we would take possession. We want to get the RV up for sale as soon as possible so we need to get it emptied out.

This morning we got out of the way of our housecleaner again and ran a few errands. We wound up at the mouth of the Jock River where it empties into the Rideau River. 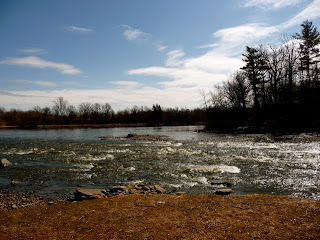 This big old tree was kind of interesting. 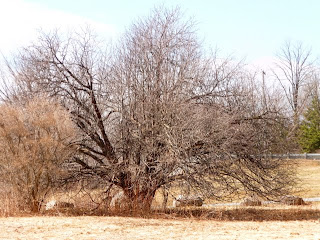 There are lots of geese back. They're early this year. 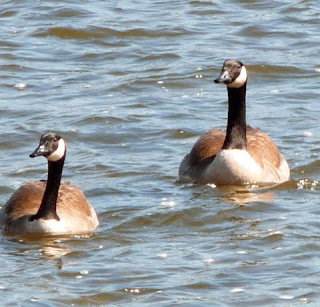 I took an afternoon nap then ran out to the grocery store for a few things. This store is called a Superstore and while there I saw 9 piece comforter sets for $29.99. They include the comforter, bed skirt, shams, a neck roll and a few other things that I can't recall. Most of the colours are not that nice - a muddy green, a dark brown and they had one beige set as well but I could probably live with them. That way I could leave the duvet in the RV as it matches the living room couch even though it didn't come with the RV. Decisions, decisions!
Posted by A couple of newer paintings 2019 at 6:40 pm 1 comment:

It was supposed to rain till Wednesday but I woke up this morning to bright blue skies and lots of sun! I can handle that. It was a bit chilly at -1C (30F) when I went out for my walk on the Trans Canada Trail but I enjoyed it anyway.

Gordon was going to see his friend Jim this morning as Jim needed some help with Photoshop and Gordon is an expert at it so it was just Max and I.

I've been thinking of discontinuing Nightly News now that we are no longer on the road and I'm not publishing nightly and starting a new blog, something like The Trials & Tribulations of Owning a Sticks & Bricks or something like that. The idea is forming at the back of my little pea brain somewhere.

Not much else happened today. I watched decorating shows for most of the day. Got some ideas!
Posted by A couple of newer paintings 2019 at 5:00 pm 3 comments:

Sunday I didn't do much other than read. Sunday night Nancy and I played Scrabble and she managed to break her ankle. She was getting up from her chair, didn't realize her foot was asleep till she put it down and then lost her balance.

So, after going to look at a dining room set that she liked on ottawaclassifieds I convinced her to go to emergency where they put a walking cast on. She didn't buy the dining room set as it only had four chairs. It showed six on the ad.

It's been cloudy and rainy the last couple of days but it did start to warm up today and by the end of the week it should be downright balmy!
Posted by A couple of newer paintings 2019 at 7:14 pm 2 comments: