This morning was about 5 degrees cooler than yesterday. You can sure tell the difference! But it was still sunny and clear. I walked out in the desert then back and over to the casino (photo below) where I took a photo from the front. It's the part sticking up on the roof that you can see from the desert to orient yourself. 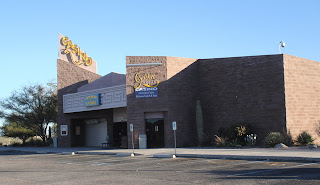 This pretty little flower was growing out of the pavement beside the casino. 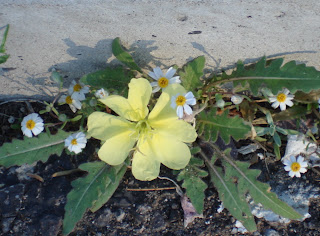 I spent the rest of the morning on the internet and reading.

This afternoon we had made arrangements with Al and Kelly of The Bayfield Bunch to go out and visit them in their boondocking site just outside of Why. Al met us at the road on Hwy 85 and took us in to where they are parked. They just got 2-125w solar panels installed this year in California with an inverter, extra batteries and a new propane heater so they're well set up for boondocking. We had a nice chat with them for a couple of hours and met their canine population, Max, Checkers and Cora. Cora is a little sweetie. I wanted to bring her home with me. Unfortunately I didn't get photos of the other dogs. Max hurt his leg so he was in his bed and Checkers was outside watching the world go by.

Al, Kelly & Cora in front of their motorhome with their internet/TV satellite dish. We got ours at the same place in Lindsay, Ontario. 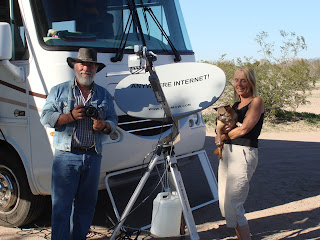 This is Cora AKA Motormouse. Isn't she a cutie! 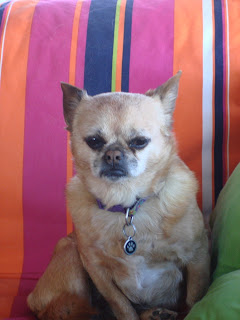 We came home then and Gordon cooked a couple of chicken breasts for dinner while it was still light out.

Then we headed east on the Ajo Highway. Usually when we stop somewhere we kick ourselves for not continuing on to see what's there but this time we weren't missing anything so we went back to Ajo and drove the Ajo Scenic Loop again. We stopped to take some photos of some of the buildings in Ajo. They have some really pretty churches, the prettiest being the Catholic church. 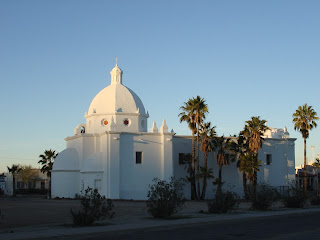 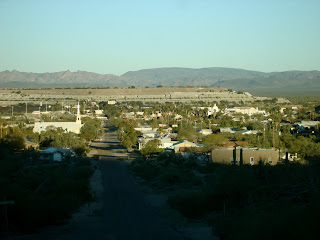 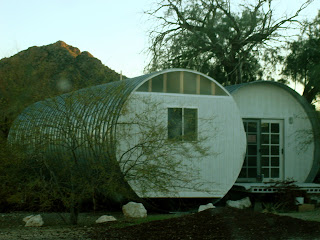 This guy was riding his horse through Ajo, not something you see every day (or at all) where we come from. 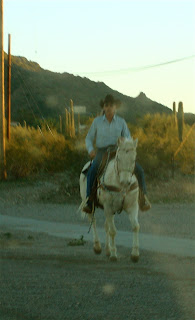 We then drove around looking for a Mexican restaurant to go out for dinner tomorrow night and found Marcela's Bakery & Cafe. There's not a lot of choice in Ajo!

Then back home for dinner and to spend our evening watching TV and doing computer stuff.
Posted by A couple of newer paintings 2019 at 2:18 pm