It was a beautiful morning with snow falling lightly and -7C (19F). I guess my blood must be thickening up to think that's warm! Anyway I went for a long walk around the residential area. Sure glad I have my ice grippers on though!

We had to go to Farm Boy to pick up some kale for Gordon. He's really gotten into eating raw kale every day to help ward off macular degeneration so we stopped there and then headed for Wakefield, Quebec. Wakefield is a pretty, artsy little town on the shores of the Gatineau River about 62 km ( 37 miles ) or so from Ottawa. It was snowing lightly when we left Ottawa.

The Wakefield sign with the frozen over Gatineau River as a back drop. 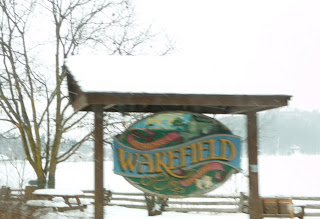 There are many ski hills between Ottawa and Wakefield not to mention the Gatineau Parkway which is closed to traffic in the winter but open to cross country skiiers. There are lots of people up here who actually enjoy winter. Unfortunately I've never been one of them although I did cross country ski in a previous lifetime, not well, but I did do it.

Parking area for those wishing to cross country ski on the Gatineau Parkway. 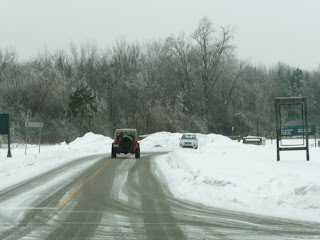 Quebec is a very picturesque province, much more so than the area of Ontario where we live. Unfortunately due to its political problems I wouldn't want to live there although homes are less expensive than in Ottawa.

Canada is supposed to be a bilingual country. In this area you find road and street signs in both official languages, English and French. In Quebec which is part of Canada, you find road and street signs in French. Go figure! Anyway, Canada does bend over backwards for them, it seems although they don't seem to think so. Regardless of their political issues, it's still a beautiful province!


We had a lovely trip to Wakefield and took photos of the rebuilt covered bridge. The original bridge burned down in 1984. It's been a long time since we've seen the bridge in winter. 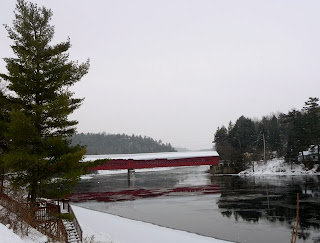 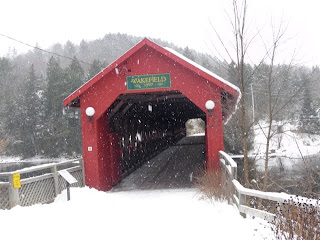 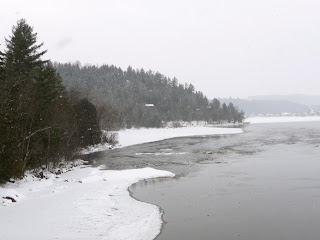 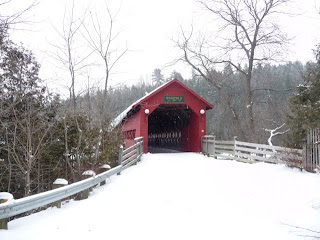 After that we stopped and had a mediocre lunch at the Alpengruss Restaurant just outside of Wakefield. We have been there for breakfast quite often and it is good but had never been there for lunch before. We probably won't be there again for lunch either.

It was snowing quite heavily so we decided we'd better head for home. The truck did well on the snowy roads and after stopping at Tim Horton's to pick up coffee and doughnuts we got home safely. 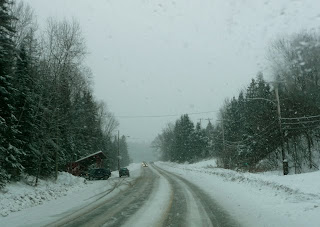 A barn along the way 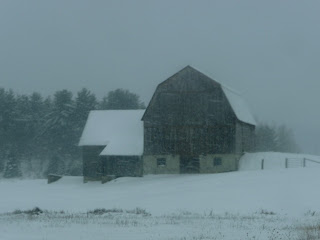 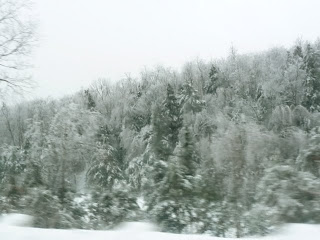 The I-5 was pretty snowy too 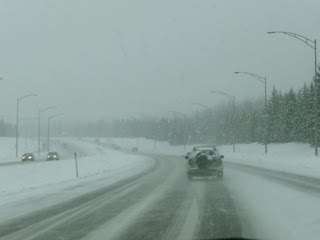 When we hit Ottawa there were some people cross country skiing along the Ottawa River Parkway. Here's one of them. 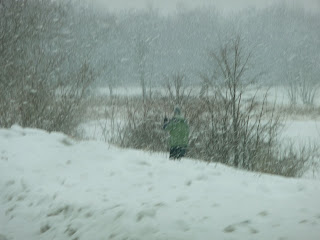 An old family friend passed away yesterday. We don't have funeral details yet. She was 89 years old and had never been married. There also aren't many relatives left. I used to spend three weeks each summer with her and her sister (who was also unmarried and passed away quite a few years ago) when I was a kid and they lived in Cornwall, Ontario. We had some good times then!

Tonight we have no plans to go out and celebrate the end of 2009. We usually don't go out for New Year's Eve anyway so this year isn't any different from other years. I'm working on our Year in Review for posting hopefully tomorrow.

Happy New Year everyone!
Posted by A couple of newer paintings 2019 at 4:43 pm