I started out for my walk this morning but the snow was too soft to walk on and I kept sinking in to my knees so just took a few photos of the ice storm and came home and shoveled Nancy's walk.

This tree had some damage 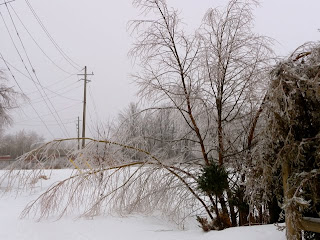 Lots of ice on the trees 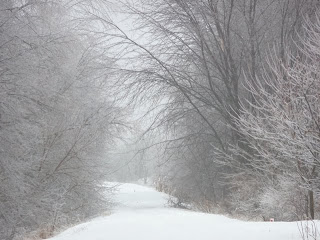 This afternoon we went out and bought me my own tripod in anticipation of our little road trip late this afternoon.

We headed south to the Morrisburg area (Morrisburg is where I went to high school and where I lived when I was married to husband #1).

This photo of the sunset was taken from the dock in Morrisburg. 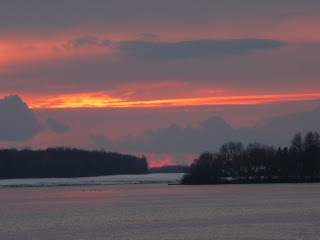 While there we were also able to update the roaming on our Verizon cell phones as Waddington, NY is right across the St. Lawrence River so we were able to get the Verizon signal.

Then on to Upper Canada Village for their Alight at Night Show.

Here are some photos of the lights that I took around the village with my camera and my new tripod. 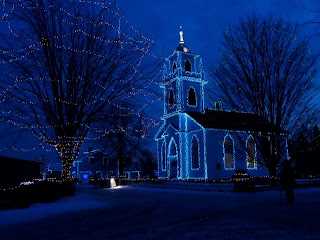 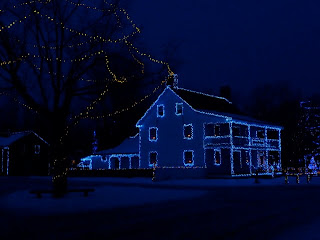 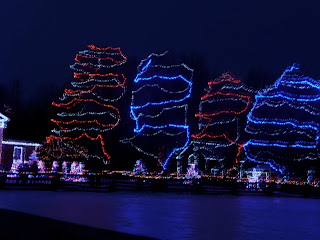 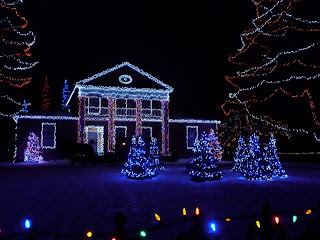 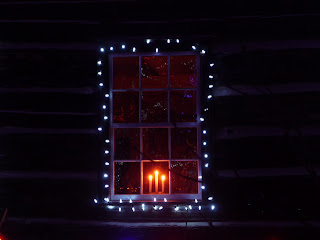 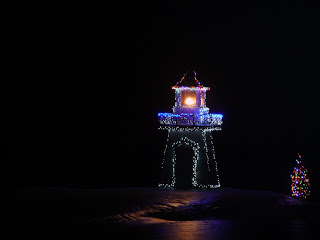 It's about 1 1/2 hours or so to Upper Canada Village from here so we arrived there for the Alight at Night opening at sunset and got back to Kanata shortly after 8 p.m. That's the second time we've been there since it started years ago and boy was it crowded tonight. I guess the temperature being above freezing contributed to that. Last time we were there there weren't nearly as many people but we also nearly froze to death.
Posted by A couple of newer paintings 2019 at 8:37 pm