Rain was forecast for today so I had decided it was a good day to go to the Mall in Barrie. As of this posting it hasn't rained but has been cloudy with a few weak sunny breaks and a high of 22C (72F).

I went for my morning walk/run, had breakfast and read blogs and such for a while this morning before we got ready to go in to Barrie. Gordon had decided to go with me.

First stop was Walmart as Gordon needed some paper sleeves for his DVDs and he was out of cranberry juice. No sleeves at Walmart. As we passed by First Choice Haircutters Gordon noticed there was only one person waiting and he badly needed a haircut so in he went and was taken right away. Another job done! Off to Staples where we found the last box of paper sleeves. Then on to the Georgian Mall for lunch, Taco Bell for Gordon, Subway for me. We then parted company and went our separate ways in the mall. I had to go to the truck to get my sandals as my shoes were giving me blisters. After walking around for a while my back started to bother me so back to the truck where I thought Gordon would be waiting. He was still in the Mall - amazing! Shortly after he arrived and we started to head home.

It was still early afternoon so Gordon suggested we go to find the Simcoe County Pine Forest that we had seen on our way to Penetanguishine the other day. We managed to find it, got some photos with some barn photos along the way and then took a different route back to Heidi's through more forest. Just beautiful! 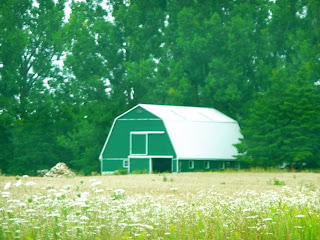 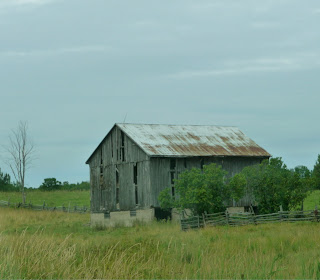 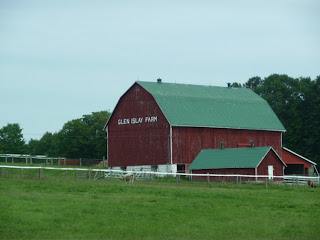 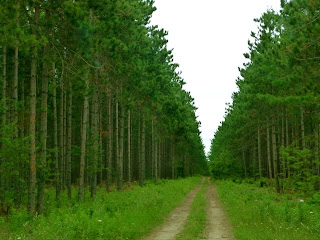 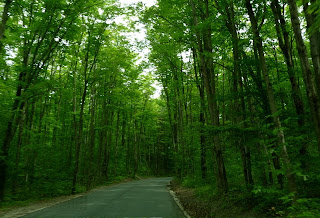 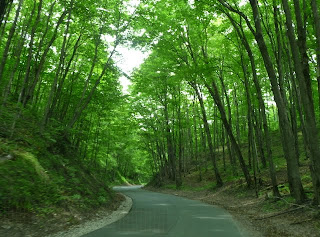 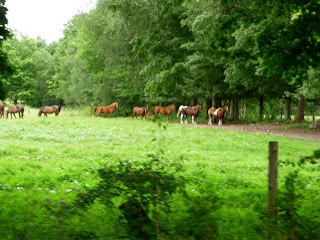 A look at the radar as I'm ready to post shows the rain coming in!
Posted by A couple of newer paintings 2019 at 3:48 pm