Today was our day to move on. We left Powderhorn Campground around 9:30 a.m. and got back on the Natchez Trace Parkway. The trees weren't nearly as pretty as they were on Wednesday but we managed to take a few more pictures anyway.

I took this barn photo on our way to get fueled up this morning. 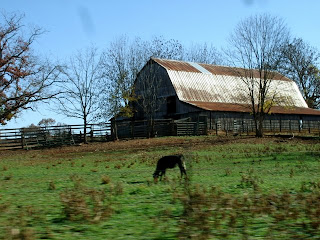 Photos along the Trace 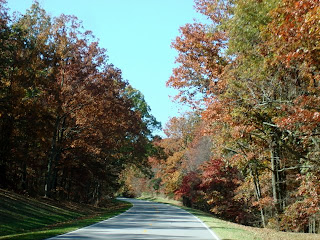 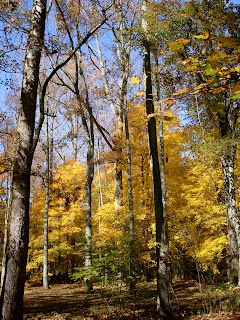 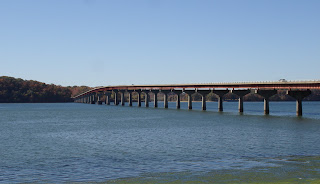 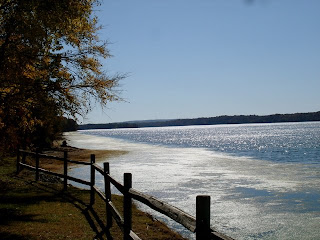 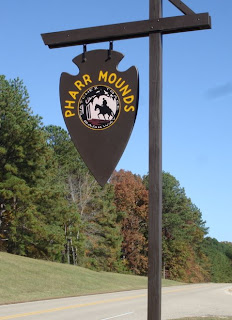 One of the Pharr Indian mounds

We had Miss Pinky set to take us to the Natchez Trace RV Park and boy did she take a roundabout route. When she said we had reached our destination there was no campground in sight so I called the campground. He claims that GPS units can rarely find him and some are off as much as 36 miles. We were only about 5 miles away. The owner also says that he's only about 800 feet off the Natchez Trace so we'll have an easier time getting back on. This is a Passport America park but they don't take Passport America September to November but he gave us a good rate anyway as we had so much trouble finding him and also he likes people from Ontario. 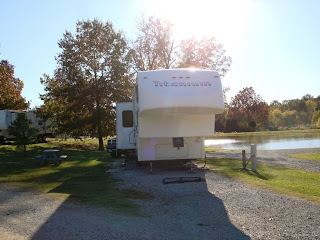 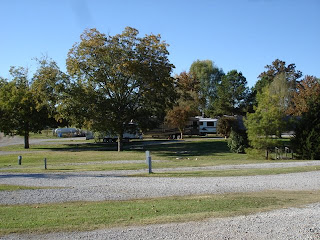 We have a nice view of the pond out our back window as well as the little cabin. There is another pond a short distance away from us and a hiking trail so I'm in my element! There is a little bluebird that has adopted the bluebird in our truck mirror and he keeps coming back and looking. The owner has also seen an eagle take a fish out of the pond recently so we're hoping that he comes back while we're here. We plan to stay two nights. 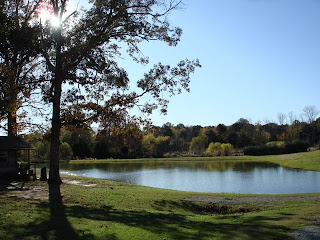 The bluebird on the mirror 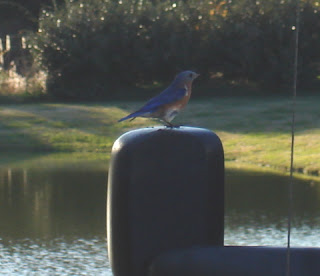 Internet is hooked up. I wasn't going to bother having Gordon hook up the TV dish but although we're supposed to get ABC on our aerial, we don't so we're going to get that done now. I can't miss Desperate Housewives tomorrow night!
Posted by A couple of newer paintings 2019 at 5:23 pm