What a beautiful morning! Lots of blue sky and fluffy white clouds filled the sky. I had a nice walk but no herons around this morning. There was some mist on the river when I first went for my walk but didn't stop to photograph it as the grass was so wet and I hate tracking wet grass into the RV so later today I put the mat down outside. Hopefully it won't kill the grass - it's not supposed to.

Here's the row of seasonal park models that face the river. 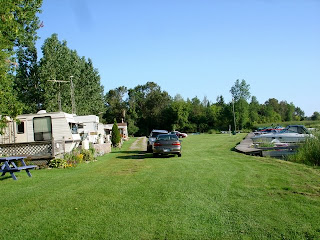 After breakfast we drove to the nearby Ken Reid Conservation Area for a little outing. There is a boardwalk trail that takes you through a marshy area with lots of cattails and lily pads. From there you follow the trail through the pines to an osprey nest which is a ways out in the marsh. There was one osprey on the nest. We didn't see any young but did see a couple of others that kept circling and trying to land on the nest. It was a bit of entertainment. Here are some photos that I took but the nest is quite far away from where we were so my camera doesn't do a very good job. To see Gordon's photo of the osprey, click here. 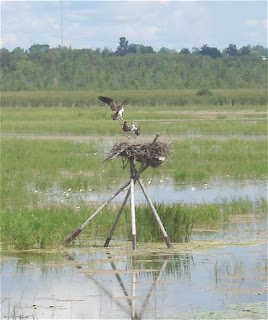 Here are more photos of our morning outing. 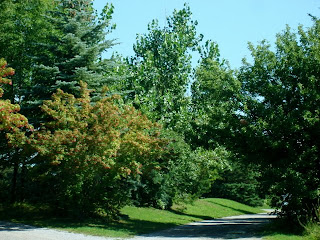 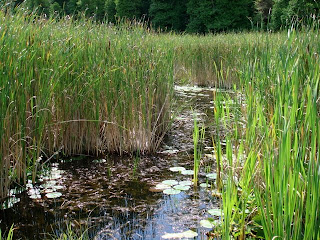 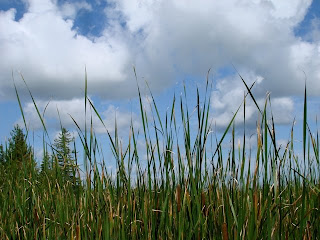 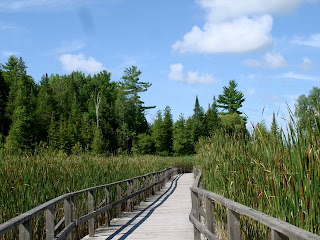 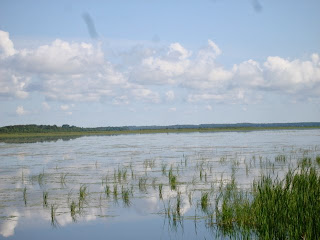 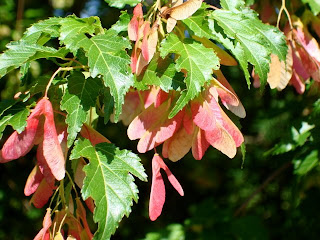 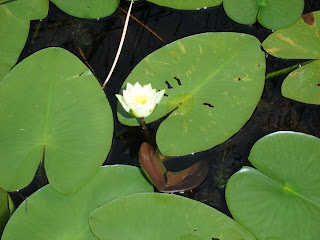 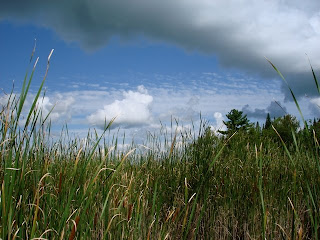 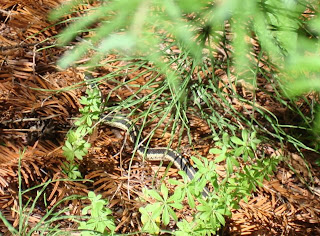 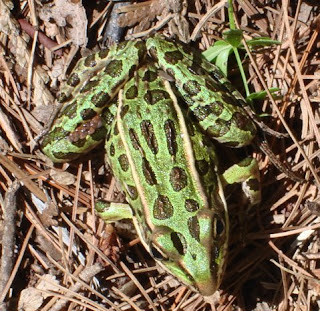 On our way back we stopped at National Grocers and picked up a few things that we needed.

This afternoon I had a nap, then went to the campground showerhouse for a shower and afterwards sat outside and read. It always seems more homey sitting outside when the mat is down rather than just being on the grass.
Posted by A couple of newer paintings 2019 at 1:59 pm