Gordon had his MRI this morning so he was gone really early. I got up just after he left to get my morning stuff done and to get the laundry done. He got home after 10 a.m. He had to lay perfectly still inside the MRI for an hour!

I sat outside and read a bit after getting the laundry done then Gordon decided to wash the truck so I vacuumed it out and cleaned it out as we were picking up my niece (pictured below) to go to the Ottawa Spring Horse Trials which is held at the Nepean Equestrian Park. We spent about an hour and a half there watching Danica's friend, Lianne and her horse, Saucy as well as other competitors. It was 36C (97F) today under hot sun so we tried to stay in the shade as much as possible. Luckily there was a really nice breeze! 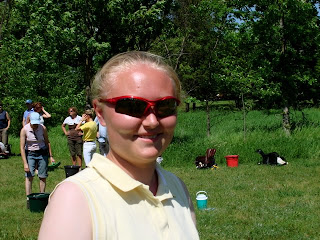 This is Lianne's horse, Saucy. 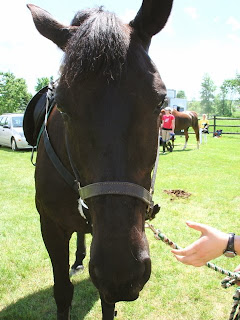 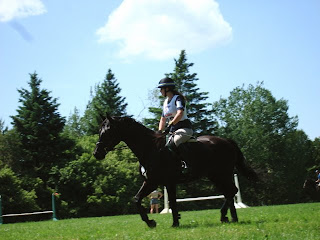 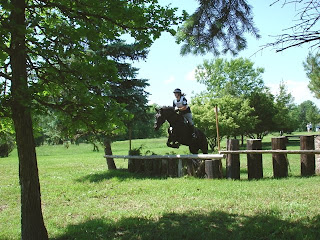 This is a horse called Pralines 'n Cream. 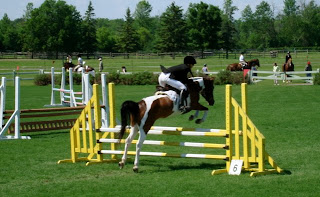 This is an RV for horses. It was a really nice one. I expect the humans area is in the slideout area.


We dropped Danica off around 3:30 or so as she had a soccer game to ref late this afternoon and headed home as Gordon was tired from such a long day.
Posted by A couple of newer paintings 2019 at 4:16 pm