It was COLD this morning 3C (38F) but at least it had stopped raining. I bundled up for my walk. This morning was cloudy but the sun did come out although it was windy and the temperature managed to finally reach 10C (50F).

Late this morning Gordon decided we should to and see if the tulips were out. On our way there we drove through the Dominion Arboretum as it has not been open the last couple of times we've tried. I guess the snow hadn't gone away yet. Today it was open so here are some photos taken from the truck. 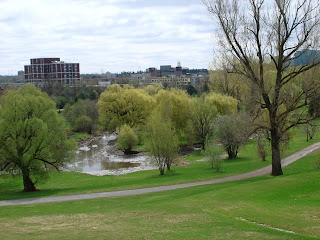 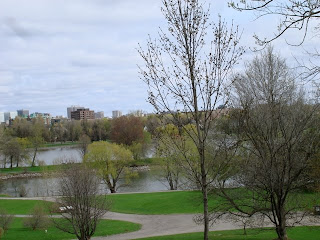 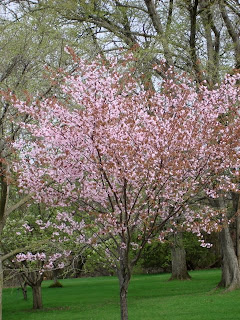 This photo of the Arboretum was taken from across Dow's Lake. 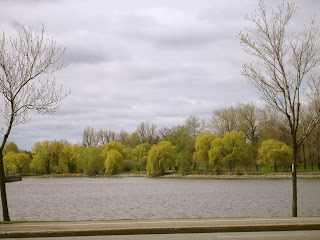 The Canadian Tulip Festival is a yearly event here in Ottawa and it starts this Friday so we thought we'd beat the rush as it's really hard to get parking in the area when the festival is one. There were quite a few out as you can see from the photos but still a lot to come out yet. The tents are starting to go up. It's so pretty around the tulips, too bad they put up those ugly tents!


This afternoon I succumbed to another nap then decided I needed to get my Canada Pension Plan forms done. I completed the part on line that they allow and printed off the Declaration page to be signed and mailed. We had decided to do pension splitting for our pension plans so another form had to be printed off and completed. Now I need to find our marriage certificate. Nothing's easy! When I find it, it has to get certified but there's a Government place to do that not far away so rather than bug our lawyer about it, I'll go there when and if I find the marriage certificate.

I really hate doing all this stuff but unfortunately if you want the money, ya gotta do the work!
Posted by A couple of newer paintings 2019 at 4:59 pm