As of writing this blog tonight we've already had 23 little trick or treaters (some littler than others), most of them very polite. This is apparently a record since Nancy has lived here. Luckily she and I went out today to pick up some candy. I thought since it was a rainy day that we wouldn't have any but the rain quit early in the afternoon and the sun actually came out for a while.

We also went to the library where I was able to get "The Allgery Self-Help Cookbook". It was recommended to me by someone on Zoomers, another place that I've signed up. As if Facebook wasn't enough, now Twitter and Zoomers.

Max's dog walker called this afternoon and said he was sick so couldn't come and walk Max so Max and I went for a walk instead. 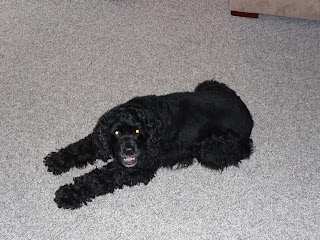 Just before sunset Gordon and I went out and filled the truck up then took a little drive out to Shirley's Bay. 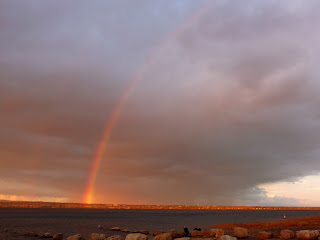 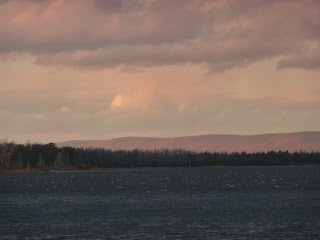 White tailed deer in the field along the way 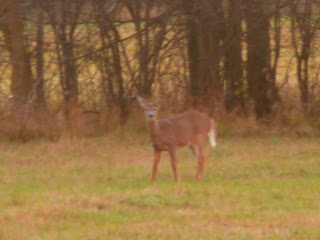