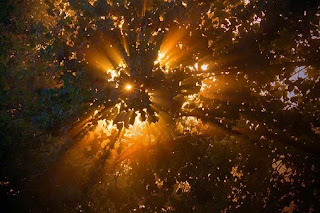 We started out the day with a lot of cloud and rain but a couple of hours into the morning the sun was shining brightly.

I was chatting with Dee on Yahoo Messenger when Gordon asked if I wanted to go to the coffee klatch at the clubhouse. I had forgotten it was Wednesday. Every Wednesday people gather there to chat and have coffee, tea or juice and muffins. They charge a nominal amount for the beverages and goodies.

Today we sat with a nice lady who is also a fulltimer but is seasonal in the park for the summer months. Last year she and her husband went on a caravan through Mexico and Central America to Panama. They had a great time and really enjoyed it except she thought there were too many people in the caravan and the wagonmaster and tailgunner weren't experienced enough. With so many rigs it took 8 hours to cross most of the borders. In her opinion, she would like to travel with two or three others. It was interesting, but I don't think it's in our future. She described the potholes in the roads especially in Honduras and we don't even like the roads in Ontario (or Louisiana).

After lunch I found myself reading and taking a nap so when I got up I decided I didn't want to waste the rest of the day and there were things that needed to get done so I set about defrosting the refrigerator. I don't think it's even been this bad before! It took closer to 1 1/2 hrs to get the job done rather than the usual 45 min. But it's done!

I borrowed a photo from Gordon today entitled "Sunrise Sunrays".

Not much else to report for today. We did reach a lovely 24C (76F) under beautiful sunny skies.

Maybe tomorrow after I pick up some groceries we'll get some of the RV washed???

To read Gordon's most recent updates, click here.
Posted by A couple of newer paintings 2019 at 1:56 pm