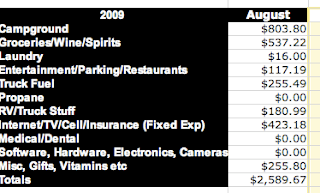 We had another pretty good month so I won't comment on the expenses.

There was mist on the river this morning. 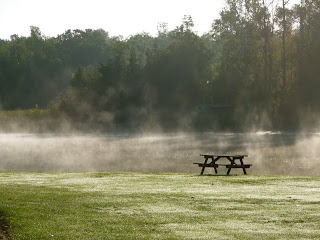 This morning I went in to town to pick up some things and get my hair cut again. It seems like I just got it cut but she took a good inch off.

When I got back, I suggested to Gordon that we go to Ken Reid Conservation area and see if there were any osprey in the nest.

On our way we decided to go by the office of the guy that supplied our internet satellite. He wasn't there but we learned a bunch of information on the new I-Coach that they have developed along with Telus. Very interesting, we're talking. It would be nice to replace the satellite dish. It's bulky and it limits us with needing a clear view of the south to set it up. I-Coach is pretty new technology.

After that, we headed off to Ken Reid. Here's the osprey nest but no osprey. There was a belted kingfisher standing on the end of it though. 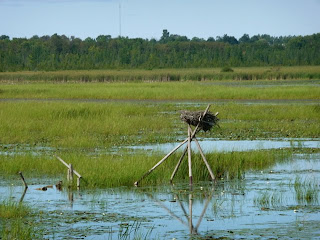 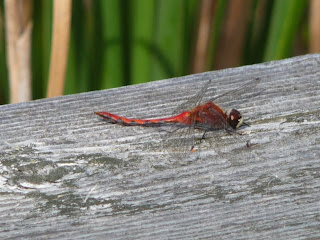 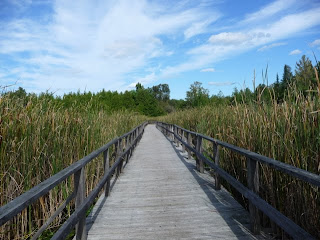 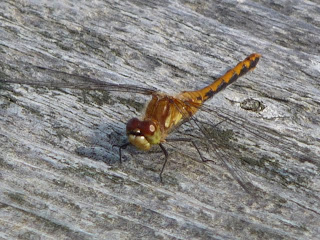 More of the boardwalk 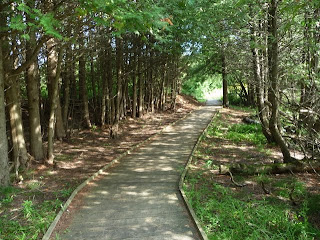 Lots of goldenrod around 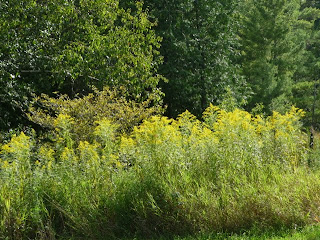