It was warm enough to sleep with the bedroom windows open last night. We did have a bit of rain but it was a very soft rain so it didn't come in the windows.

We went out to fill one of our propane tanks this morning and while we were out stopped to get Gordon a new vest. He has heavier ones for winter but he likes them for all the pockets and I had seen these last week at our Giant Tiger. We wound up getting two of them. They are Ducks Unlimited vests and look more like the photographer's vests that you see in camera shops but substantially cheaper.

Gordon's vest - this one is khaki, the other one is dark gray 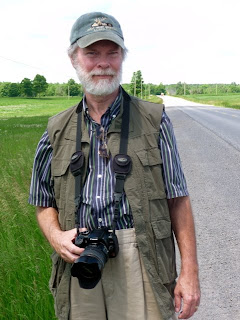 We had an early lunch and since it was again a nice day (two in a row, wow) we decided to go for a drive around the area. We ended up northwest of Carleton Place and went through some little towns like Lanark and Middleville. We drove on some back roads including some that weren't paved. Pretty scenery, lots of trees and a deer (photo below)! I have to give credit to Gordon for the deer photo since he had to back the truck up and get it the right spot for me to take the photo. 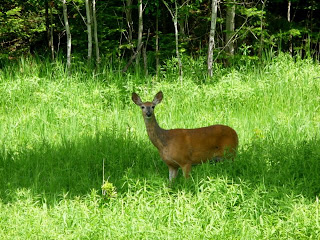 A couple of barns for Dee 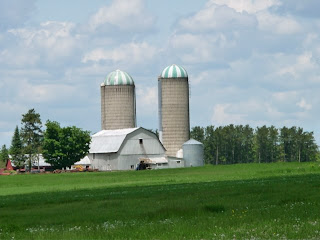 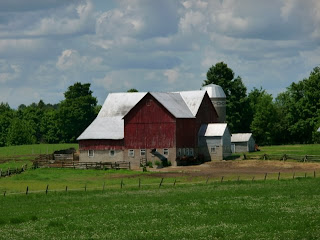 Pond in a pretty setting 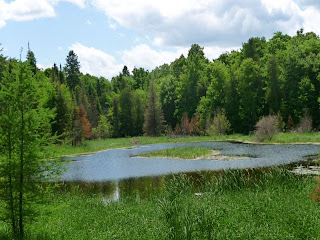 Rail fence - I love rail fences! There are lots of them in this area. 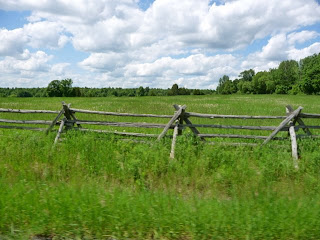 We ended up in the pretty town of Perth. They have a store there that sells gluten free products called Foodsmiths. It's kind of a mini Whole Foods. We picked up a few things there, then stopped at the park in town for a photo or two before heading home. Below are some photos taken in the park. The river is the Tay River. 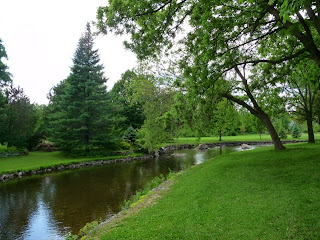 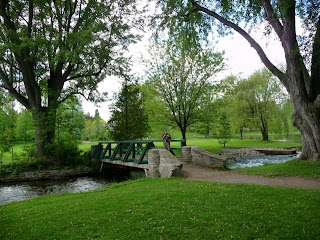 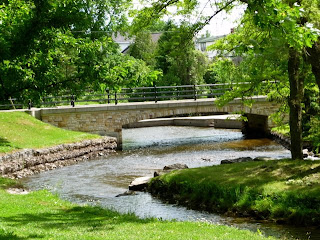 To see Gordon's most recent posting for today, click here.
Posted by A couple of newer paintings 2019 at 6:30 pm