It was a bright, bright sunshiny day! But not all that warm unfortunately. I was joined by my doggie friend on my walk, don't know where he comes from but I'm not out long before I hear panting behind me and there he is. I've named him Buster and he actually responds to it but he doesn't respond to Fido, go figure.

Each site has a picnic table, a barbecue and a little stand for your own barbecue. 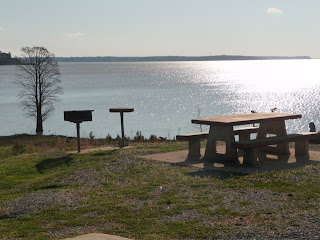 Late this morning we headed out to hike some trails. Gordon had found another swamp yesterday so took me there. Quite a few egrets were around. 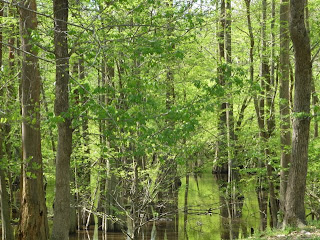 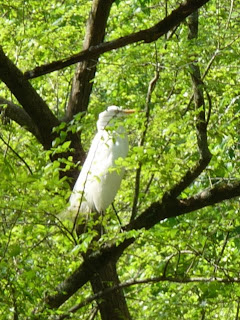 Then on to Lost Bluff Hiking Trail. We hiked part of it but became kind of steep and since we weren't seeing anything that interested us, other than a very pretty butterfly we turned back. 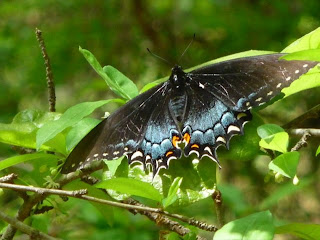 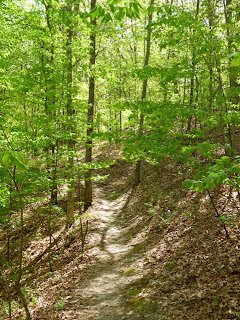 Both of us are feeling kind of icky today so we came home to have lunch and I had a nap then we went back out and hiked the Old River Nature Trail. There were lots of turtles out sunning themselves today. 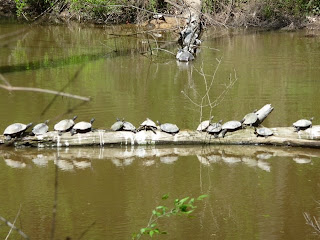 This turtle was in the water 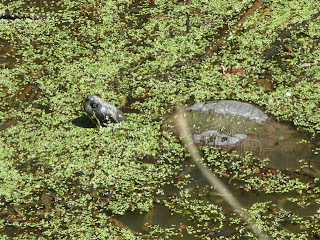 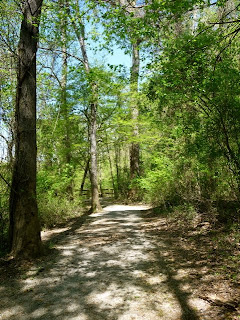 Neither of us really want to go back to the cold but we've got no choice!
Posted by A couple of newer paintings 2019 at 6:30 pm