A Visitor Flies In

This morning nothing much happened other than the usual. It was bright and sunny with no wind at all and it did warm up to 66F (19C).

Gordon's pbase.com photographer friend called last night and decided to fly down instead of driving so Gordon drove to the Calhoun County Airport for 1:00 p.m. to meet him and John took him up and flew him around the area. I stayed at home and wrote some Christmas cards and read a bit. I did hear the plane so went outside but it was too far up for my camera. Then Gordon brought John back to the RV to talk about RVing. He and his wife have been out in his father-in-law's RV so it's not that they know nothing about it.

We took him back to the airport around 4:30 p.m. Luckily he is rated for flying with gauges as it's going to be dark before he gets back to Houston. 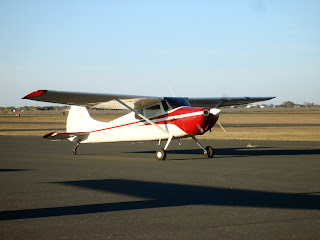 And here are John and Gordon 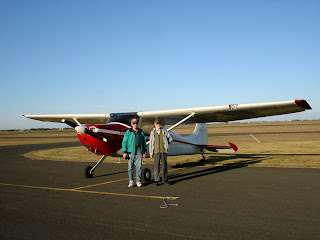 On our way back home we took the scenic route. I took a photo of this house with the palm shadow on it 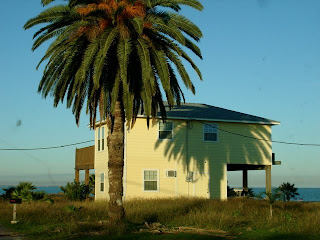 and this beach house 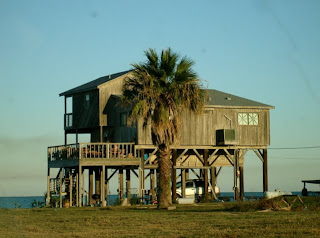