It was cloudy and warm when I got up this morning. It was supposed to rain overnight but it didn't. Sure enough as soon as I got up it started to sprinkle. I thought that it wasn't bad so put on my rain gear and headed out. Soon it was coming down pretty well. My rain gear is not waterproof, it's water resistant so I came back inside and did my floor exercises.

Later this morning the rain stopped and the sun came out so we got in the truck and went in to photograph downtown Port Lavaca. Most of downtown is vacant but there is a block where there are stores that are open. So we took some photos, did some driving around, north to Port Comfort but there isn't much there other than Alcoa Aluminum and Formosa Plastics. You'd think this would be an up and coming area with those plants here but you can see the economic downturn although I can't say how long the stores have been closed. Might be 20 years! 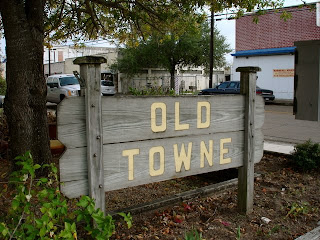 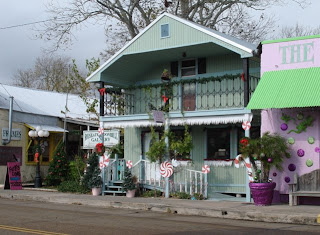 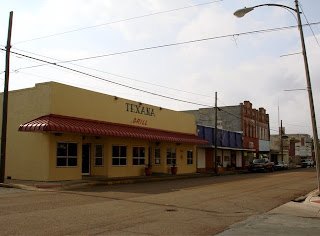 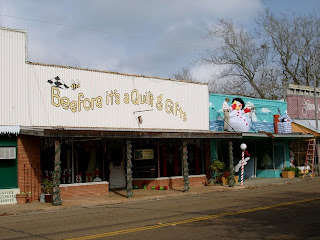 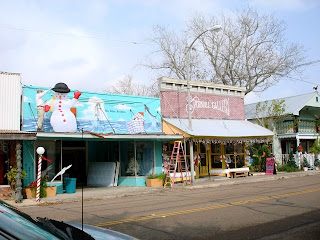 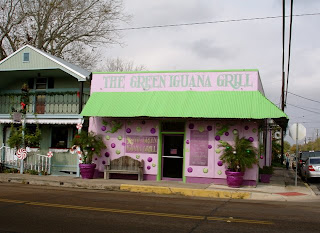 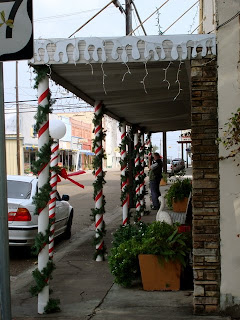 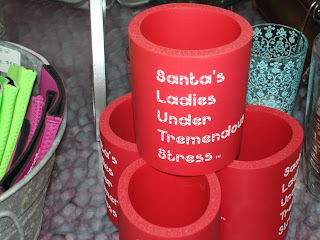 The downtown kitty - maybe one of the SLUTS? 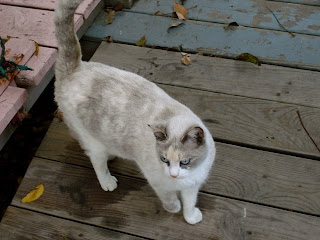 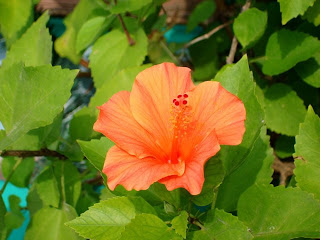 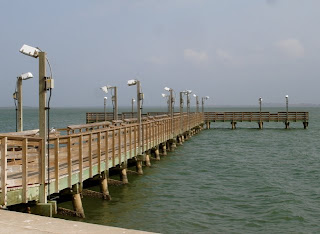 Driving over the Lavaca Bay Causeway on the way to Point Comfort. 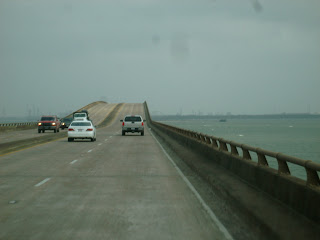 We got back around 1 p.m. and it was so nice - 81F (27C) I sat outside for a couple of hours and finished another book. I got an email from my sister in Ottawa, they had about 8 inches of snow last night which is turning to freezing rain then back to snow and on top of that they're having a bus strike that starts at midnight tonight so they're in for some fun times! Makes the cold front coming through here tomorrow not look so bad!

Jenny and Speedy wanted a photo of my toes dressed for Christmas so your wish is my command! 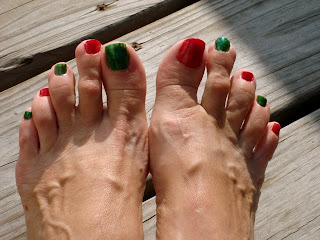 Since it's going to be cold, decided to make stew but I substituted ground turkey for hamburg. Guess we'll have it for dinner since I don't have anything else out. It has cooled down a bit from today.
Posted by A couple of newer paintings 2019 at 5:04 pm