Desert Museum, Doctor and A Change of Plans AGAIN!

Today I got up early as we had planned to go to the Desert Museum on our last day here in Tucson. I did a short walk in the desert then came back to have breakfast and get ready to head out. We got there before they opened and spent a couple of hours there. I finally got to see a roadrunner! I've seen them before but from a distance. We did see some at Big Bend NP in Texas three years ago but none really close up since then. Since this was spring break we wanted to get there early and I'm glad we did. There were lots of people coming in as we were leaving! 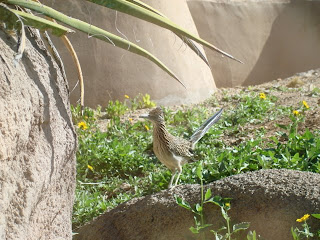 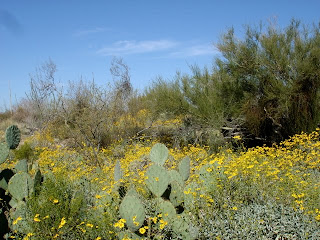 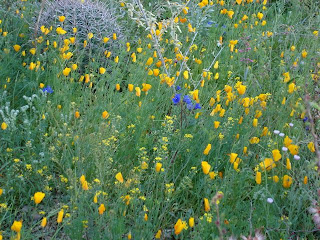 A California Ground Squirrel (we think) 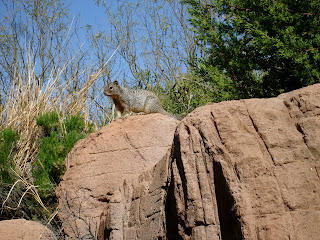 A couple of flowering cactus 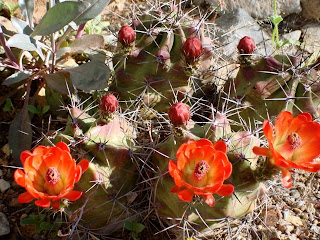 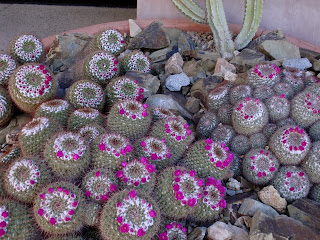 As I've mentioned before, Gordon hasn't been feeling well for about a week. He's been kind of feverish and coughing a lot. Today he was feeling worse after we got back from the Desert Museum so we decided he should go to the doctor. I knew there was an Urgent Care Clinic on Ajo Way not too far into Tucson so we went there. We didn't wait all that long and the doctor gave a diagnosis of bronchitis. She asked if he wanted an antibiotic shot so we decided that would be a good idea and might clear it up faster. She also gave him a prescription for cough medicine and an antibiotic. We got that filled at the Walmart Neighborhood Store on the way back to the RV.

So we've decided to stay probably another week and forego our trip to Louisiana. We want to be sure the antibiotics work and he doesn't really feel like driving this rig the way he's feeling right now. Doesn't bother me to stay another week! We'll get to see Jim & Ellie's new Phaeton and meet Ellie's sister!
Posted by A couple of newer paintings 2019 at 10:05 pm