End of July Expenses and Our Thursday 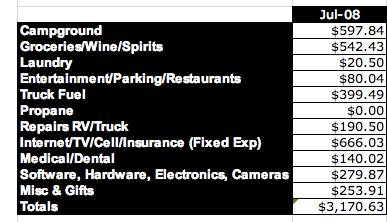 Considering we had double insurance payments for both the truck and the RV this month as well as a final bill from our previous insurer, we did very well. The grocery category is too high especially since Gordon is not drinking wine while he's on the medication for Valley Fever so we haven't bought any of that since we've been in Canada. But I did clean out the freezer and start from scratch on buying meat. We also traveled further this month so our fuel bill is quite a bit higher than last month. All in all, not a bad total.

We had an early doctor's appointment for Gordon this morning so I was up early. She's changing his medication again. Then we went to the chiropractor for me. From there we stopped at Remic Rapids on the Ottawa River Parkway and took photos of the rock sculptures. They weren't up the last time we were there. There is a sign that says not to touch them as they are all balanced. Here are some photos. 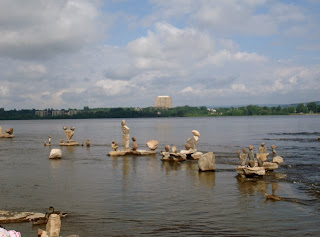 A closeup of a few of them 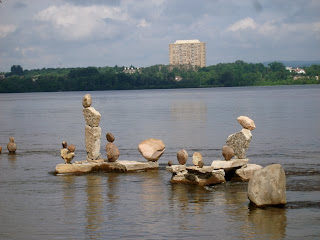 Ducks swimming around the rocks 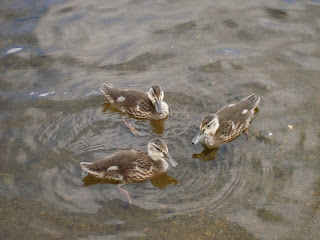 Two other stops on the way home, one to pick up some milk and to fill up the truck (1.32/litre).

I sat outside and had my lunch then noticed our neighbours, John and Jan were outside so I sat and chatted with them for most of the afternoon while Gordon had a nap. He came over and got me when he got up and it was nearly 4 p.m. by then.