Another Trip to the Desert Museum

Clouds and fog socked us in this morning. You couldn't see any of the mountains. Gordon usually goes off the trails in search of photos and without the mountains as landmarks it took a while for him to find his way back out of the desert. By the time I went out I could see some of the mountains but I pretty much stick to the trails and I'm quite familiar with the ones I use regularly at this point so I didn't get lost. 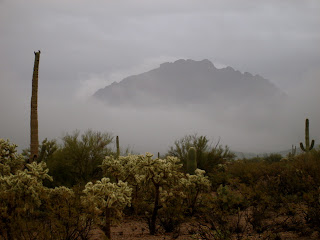 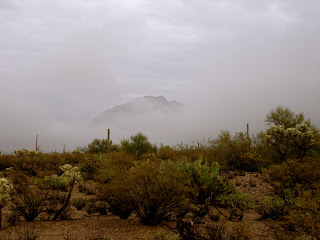 Here's a photo of a couple of saguaro that's started their lives in the shelter of this palo verde tree. Apparently the saguaros that are sheltered when they're young have a much better chance of surviving. 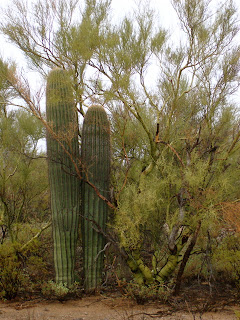 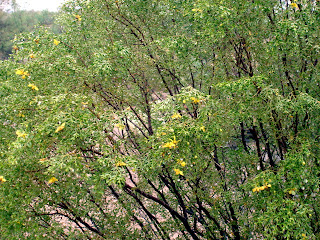 This cute little bird was one of many on the patio where Gordon sat to have a coffee. 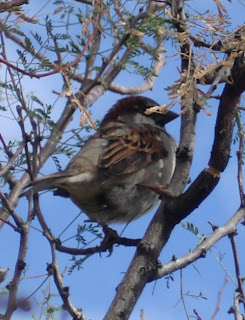 This morning I kind of vegged, finished another book. We decided to go to the Desert Museum and see indoor stuff after lunch as the weather was still cloudy. It cleared up before we went but still saw mostly the indoor things, the Ironwood Gallery, the hummingbirds (they're enclosed but not indoors), reptiles and invertebrates and the Mountain House Gift Shop. I think we saw more hummingbirds today than we did on other days.

This, I think, is a female White-Eared Hummingbird. 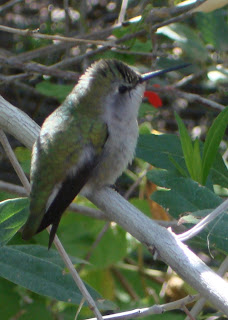 There's a vine-like cactus winding its way through this tree. I don't know what it's called. 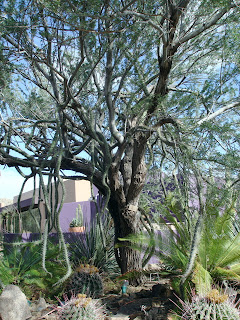 Here's the Western Diamondback Rattlesnake. Sure glad he was behind glass! Nasty looking, isn't he? 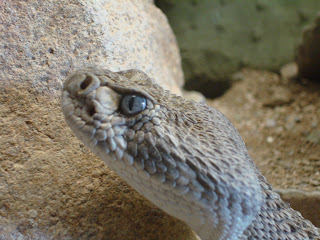 This is a Giant Desert Centipede. Not something I'd want to run into. Thankfully they aren't around in the winter. 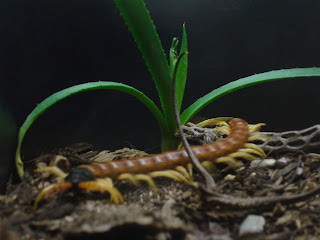 This Boojum tree is an odd plant species (a relative of the ocotillo) and is found mostly on the Baja peninsula. 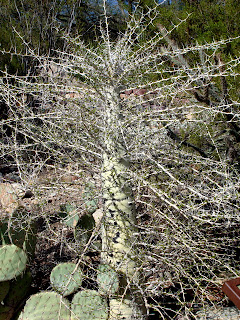 We only stayed about 2 1/2 hours and when we came out there was a docent with a Harris's Hawk standing just outside the museum giving a talk on them. 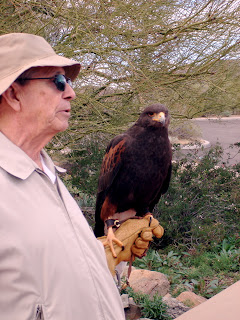 When I got back I walked down to the office to give them a couple of books to add to their library. While there, I chatted with a couple from Alaska that are about to head out to Florida for Christmas. I was hoping that there would be enough people for a get-together potluck but doesn't look like it's going to happen unless lots more people show up and stay!
Posted by A couple of newer paintings 2019 at 11:35 am