A Trip to Rockport 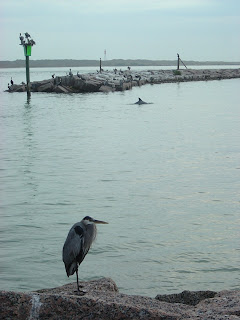 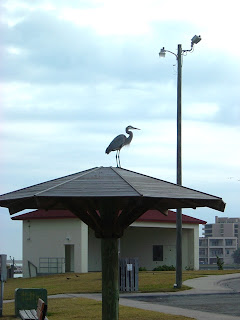 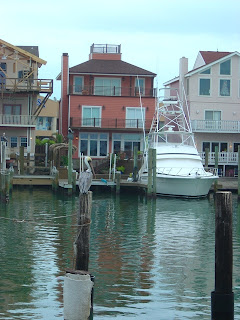 Here's a pelican sitting on a piling in front of some nice houses. They kind of reminded me of the houses along the water in Curacao

First of all, I want to wish my sister, Betty a Happy Birthday tomorrow. Unfortunately she doesn’t have a computer so I’ve sent my birthday wishes via snail mail.

My walk this morning was under mild, cloudy skies with a temperature of 62F(16C). By the time I got back it was 67F(19C). I walked over to again and saw more herons and pelicans as well as some cormorants and the odd dolphin frolicking in the channel. There was also quite a bit of ship traffic and boats leaving the marina to go fishing both commercial fishermen and fishing enthusiasts. Fishing is a really big deal around here.

Late this morning we headed over to Rockport to go to their SuperWalMart. I didn’t really like the one in that we went to last week. I needed to get some photocopying done so found a UPS Store to do that. Then we went to a couple of RV Dealers to see if we could get a longer sewer hose. The sewers in a lot of these RV parks is at the back and our sewer connection is close to the front. Nope, the longest sewer hose they make is 20 feet. We can join two together but then they leak and that’s not pretty! So, we have to tie a plastic bag around the connector – just not very efficient.

After that unsuccessful attempt, we stopped at McDonald’s to get me an Asian salad. I ordered it, it took forever to get it. McDonald’s sure aren’t very organized. Then on to Taco Bell for Gordon’s Southwest Steak Bowl. Then we tried to find a picnic table but found a nice spot and ate in the truck only to find out when I opened my bag that I got a Caesar Salad instead of an Asian Salad. Not happy! That’s the second time in a couple of weeks that McDonald’s has gotten my order wrong.

After lunch, Gordon dropped me at WalMart and headed out in search of egrets to photograph. I got the shopping done and he got his egret photos so we headed home to