I just love that name - Batchawana Bay. It means 'water that bubbles up' in Ojibwe. This occurs between Batchawana Island and Sand Point, where the lake narrows and a strong current and undertow results. The Ojibwe believed this was caused by an underwater spirit about to surface.

We weren't in a hurry this morning since we only had a 45 minute drive from Sault Ste Marie to Batchawana Bay. Gordon called Sunset Shores Resort to be sure they had a spot for us. I got to do a nice walk around the park. The KOA is pretty heavily treed but it is a lovely park. We're lucky we got a site with a spot through the trees to see the satellite. 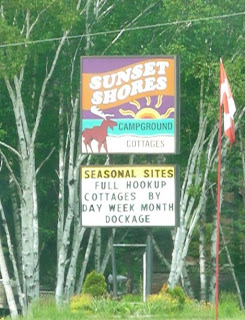 Gordon sitting on the front porch of the office accessing their wifi but the mosquitoes drove him inside. 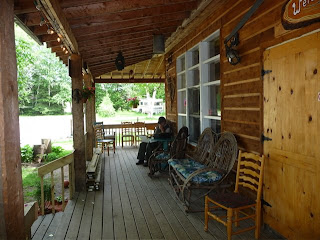 Neat name for the cafe 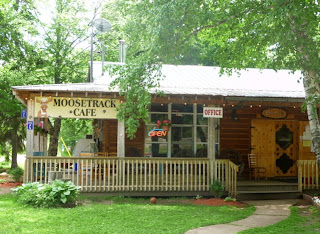 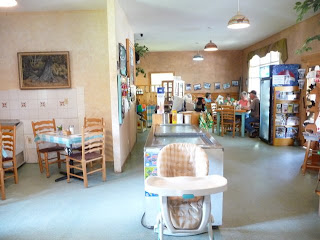 Our site is somewhat different. It's a drive in site. To get out we'll have to back out. But it's right on the beach! 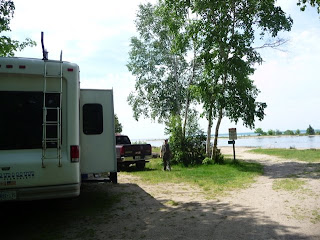 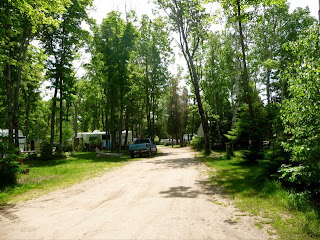 I took some photos along the way north from The Soo as it's called.

One of the first sightings of Lake Superior (this trip) 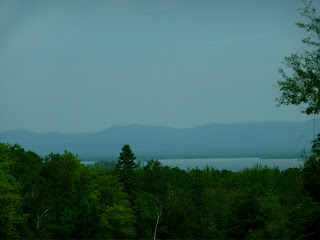 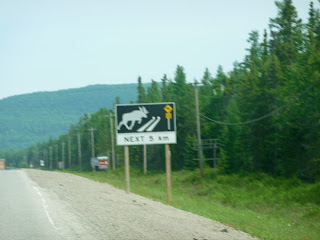 We arrived at around 11:45 a.m. and were shown a couple of full hook up sites but there was no way we would have satellite access due to the trees so we were shown the site we're on which is on the beach. Should be good for sunsets!

The good thing is they also have wifi, unfortunately not at the sites but in the office and restaurant. They have a little cafe that's part of the office and some tables and chairs out on the porch if you want to sit outside. They also have quite a good menu. We might just have to take advantage while we're here.

After we got set up (except for the TV) we took off to see a little of the area. We went further north and found the camp store that advertised groceries. I think we'll be going in to the city for groceries. There are also lots of Indian craft places and we did the touristy thing there but didn't buy anything. Took a few touristy photos. 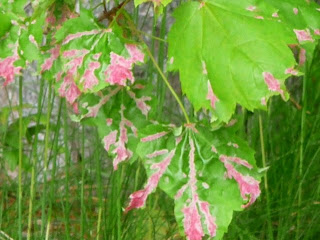 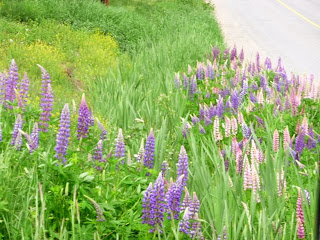 Me beside a very tall Indian sculpture 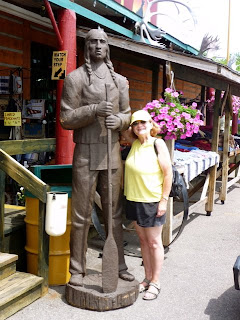 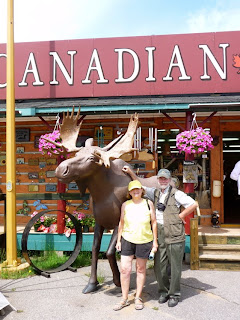 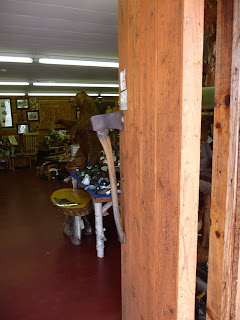 Then we went back the way we came for photos of Chippewa Falls. 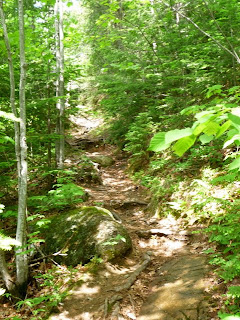 Sunlight on a leaf 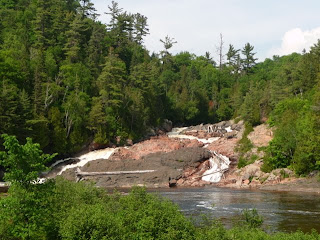 Before dinner we got the TV set up so now we're all set for the week. We've signed up here until next Monday.
Posted by A couple of newer paintings 2019 at 7:30 pm