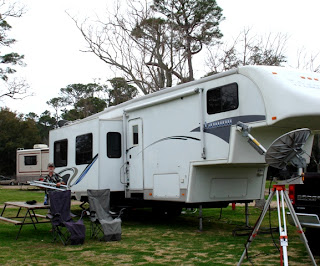 Dauphin Island is a barrier island located three miles south of in the . Entry to the island is made by crossing a three mile long high rise bridge which was opened in July 1982 after the original draw bridge was destroyed by Hurricane Frederic in 1979. Many attractions are located on the east end of the island including , the Dauphin Island Sea Lab, Dauphin Island Campground (where we’re staying), Audubon Bird Sanctuary and numerous boat launch sites. There are beautiful beaches of white sand (but not as white as ) public golf course and parks are added attractions located on the west end of the island.

Today after getting set up at our site, we did some exploring around the island and spent some time at the Audubon bird sanctuary. We didn’t see a lot of birds but it is a beautiful spot and below are a very few of the photos I took. Too bad it wasn’t sunny. is the first landfall encountered by many birds as they migrate north from , and as a consequence many species can be found resting there before continuing their journey. 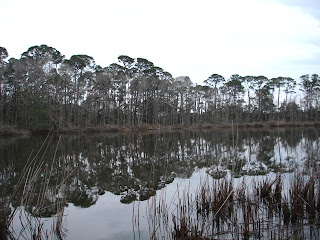 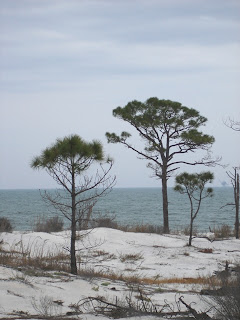 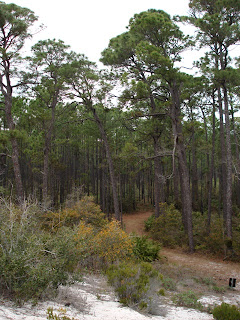 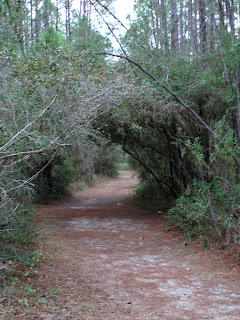 We also took some photos at the fishing pier at the western side of the island and had a bit of a sunset. This guy was out parasailing and I just happened to catch him as the sun was starting to set. 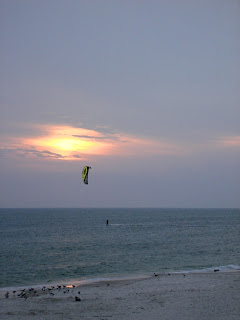 There are lots of places to explore on the island and plenty of things to see in itself including antebellum houses.

We are officially here until Friday but the weather is not supposed to be too good tomorrow so we may be staying here until Monday (yet to be decided).